For Kaveh Razani and the St. Louis Art Place Initiative, this fall marks a major milestone: the sale of the first of 20 affordable, artist-owned homes the organization is developing in St. Louis’ Gravois Park neighborhood.

Artist Stan Chisholm, whose stage name is 18andCounting, has already moved into his new home and will close on it officially next week. Razani, operations director for the initiative, told St. Louis on the Air he couldn’t be more thrilled for Chisholm — and for other local artists the initiative expects to work with over the next few years.

As Razani explained it, Chisholm’s new house means he never has to worry about deconstructing a home studio, as a renter, again. He has a place that truly is his own, and the opportunity to build equity.

Specifically geared for low-to-moderate-income artists, the homeownership initiative is a big deal for the south St. Louis neighborhood, which has been at the center of the planning process. The neighborhood hopes to retain artists in an area with escalating property values.

“Folks were noticing that it was harder and harder for artists to maintain residency in that neighborhood, and a lot of those artists were affected by the nature of their rental arrangements, rather than homeownership,” he said. “And so this planning process churned out this call for affordable housing for artists.”

Razani credited Bridget Flood, executive director of the Incarnate Word Foundation, and herself an artist, for jump-starting the process and working with the Regional Arts Commission and Kranzberg Arts Foundation to bring the initiative to fruition.

While one home can feel like a drop in the bucket, Razani noted that relatively small projects like these can lead to system-level change.

“The best we can kind of do is experiment around models of change, and I feel very strongly that what we’re doing with Art Place — you know, 20 houses makes a big difference to a neighborhood,” he said.

Razani said the St. Louis Art Place Initiative is “learning as we go.”

“We find ourselves at this intersection of affordable housing and art space community development, and we haven’t found too many organizations nationwide that are doing things in a similar way that we are,” he said. “But this was our first case study. We’re happy to say that we found it to be a success. We’ve got a lot of learning to do and adapting to do from what we’ve learned along the way.”

Through this process, he said the organization learned how critical it was to provide the artists with down payment help.

“A lot of lower-to-moderate-income individuals find that that piece,” Razani said, “[a] down payment, is particularly difficult. … We were able to create a situation by which we created an application [and] connected backend financers to our process, making it easier for the underwriting experience. And [we] found that if we mostly reduced the ask on the artist on the front end, particularly with a down payment, that the process was a lot easier.”

A deed restriction should keep the house in the hands of another artist even after Chisholm is ready to move on.

“The idea is that when Stan is looking to sell, if he is, he comes back to Art Place and says, ‘Hey, I’m looking to sell,’” Razani explained. “And we go to our hopper of pre-approved artists who we’ve had go through the application process, and directly connect the future buyer with Stan to kind of transact the sale of the home.”

All of the parcels that the initiative is working with came from St. Louis’ Land Reutilization Authority, with the majority being vacant lots. In addition to working with some existing housing stock, the group envisions new construction.

Razani said he believes in the power of artists “to innovate and to stabilize and to be connected and committed to a neighborhood.”

And the non-artist neighbors are on board. Said Razani, “People love the idea of folks being connected to a community and all the opportunities that that presents for public art in collaboration with a neighborhood.”

“St. Louis on the Air” brings you the stories of St. Louis and the people who live, work and create in our region. The show is hosted by Sarah Fenske and produced by Alex Heuer, Emily Woodbury, Evie Hemphill and Lara Hamdan. Jane Mather-Glass is our production assistant. The audio engineer is Aaron Doerr.

Sat Dec 11 , 2021
click to enlarge Derek Harrison photo illustration Ranking isn’t rank. Welcome to list season! Every year as the calendar turns to December, publications begin their unending onslaught of Best of the Year articles. While no one’s ever surprised by the arrival of […] 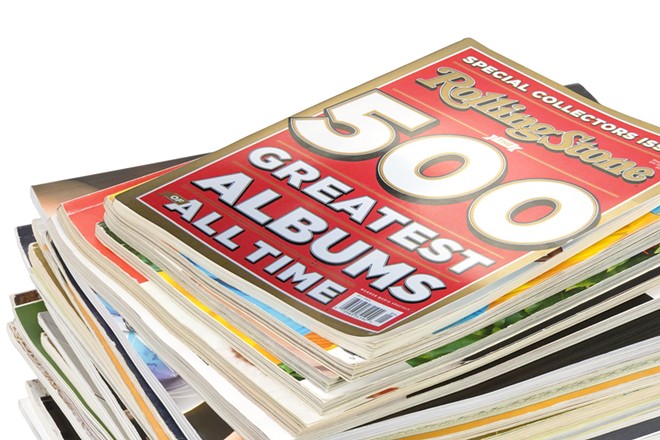