Every year as the calendar turns to December, publications begin their unending onslaught of Best of the Year articles. While no one’s ever surprised by the arrival of these collections of top albums, songs, movies, etc., not a year goes by when I don’t see many musicians take to social media to decry the mere existence of such things.

Their objections generally carry the same core points. Music is inherently subjective! Hence, any ranking of artistic outputs is ludicrous. Music isn’t a competition! We reject your making our creativity something that one can “win” at, besides how can you really compare things that aren’t really alike? Making best-of lists is reductive and exclusionary!

Honestly? Hearing these same talking points ad nauseam on an annual basis gets exhausting. As a critic, I find the arguments absurd if you give them even momentary examination. So let’s actually take that moment and look at why year-end lists are really a wonderful part of the cultural tapestry.

First and foremost, year-end lists are some of the most actionable service journalism that exists. You know what most people don’t have time to do? Listen to hundreds upon hundreds of new albums released every year. Sure, lotsa folks will check out the new Adele and Taylor Swift albums, but they’re not digging for deeper gems.

Time is a finite and precious resource for people, and they want to maximize the moments they have for leisure. Even if they had the time, most people wouldn’t know what to choose to listen to next. That’s exactly what best albums lists provide. They’re a guidebook that can help listeners choose what sonic flavors they want to sample.

I have friends scattered across the country who tell me on a yearly basis how they discover new acts by listening through my year-end album lists. Heck, I’m a music editor by trade, and even I miss albums every year. Reading others’ lists will occasionally lead to blissful discoveries (for example, I was late to Dogleg until I saw the band on multiple lists last year). My pals have gone on to become big fans of bands like Deep Sea Diver and Charly Bliss after reading me sing their praises, and now they support said bands financially whenever they tour through their towns. That’s service journalism turned into actual financial results for the artists.

Of course music is subjective. Life would be boring and bland if everyone enjoyed all the same things on equal levels. “And the Grammy goes to… every album released in the past year. Congratulations!” Literally everyone discusses music in ranked terms in their day-to-day lives, they just often don’t realize they’re doing so.

When someone asks you what you’ve been listening to recently, they’re inherently asking “Rank the best things you’ve heard recently.” Nobody responds to such inquiries by saying, “Well, I heard some elevator music in a drug store; my co-worker sent me a link to their folk hip-hop Soundcloud page; I heard the new Drake and Lucy Dacus albums; and I wandered by some carolers downtown. They were all equal because they are all music.” Ranking such things isn’t exclusionary — it’s necessary to have an actual conversation and not sound like a robot regurgitating data.

In fact, musicians are among the people who rank music the most in their daily lives, because that’s the world they inhabit. They fawn over the things they love, but the subculture can also be incredibly catty, with peers shit-talking each other all the time. So the idea that turning the things you gush about into a consumable list seems more like transcribing those conversations than anything.

While it’s understandable that many push back against a perception of making personal creativity a competition, they’re lying to themselves if they’re ignoring how the whole job of a musician is a capitalist competition. Saying people should check out certain albums is a mere sidestep from bands trying to get people to come to their concert instead of other ones happening across town or spending time on a T-shirt design so more people will buy it and serve as their walking billboards.

There also tends to be a geocentric response to being included in such lists. The more artists see themselves and their friends pop up on lists, the less they tend to complain. Cheering your sold-out show or your friend’s Grammy nomination, while discrediting ranking lists, is just disingenuous.

There’s also a wonderful time-capsule element to such lists. They’re artifacts you can go back to and discover new treasures or laugh at the past. Sometimes the contextualization they provide can be fascinating. Rolling Stone ranked Michael Jackson’s Thriller as the 51st best album of 1982? SPIN picked Teenage Fanclub’s Bandwagonesque over Nirvana’s Nevermind in 1991?

Nobody’s list is ever going to be “right,” and that’s the beauty of it. Music is a fun, messy, overcrowded space. Embrace that. Year-end best of lists celebrate the cacophony of sound while trying to distill the overwhelming din into something that’s easy for every ear to hear. ♦

Sat Dec 11 , 2021
This week’s Ketchup brings you more headlines from the world of film development news, covering such titles as Oppenheimer, Shang-Chi 2, and Disney’s Strange World. This WEEK’S TOP STORY FLORENCE PUGH AND RAMI MALEK JOIN CHRISTOPHER NOLAN’S OPPENHEIMER (Photo by Elizabeth Goodenough/Everett Collection) Ever since it was first announced in September […] 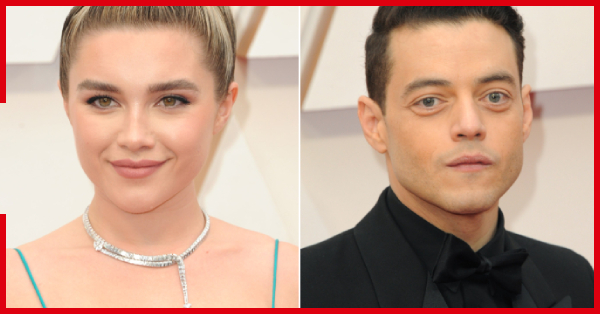