A rusted chain hangs on the fence at the entrance to the Bonanza Creek Ranch film set in Santa Fe, N.M., on Oct. 27.

A rusted chain hangs on the fence at the entrance to the Bonanza Creek Ranch film set in Santa Fe, N.M., on Oct. 27.

Authorities in Santa Fe, N.M., are pursuing a new lead in the October Rust film shooting that left one cinematographer dead and the movie’s director injured.

According to documents shared by the Santa Fe County Sheriff’s Office, investigators executed a search warrant on Tuesday for an Albuquerque-based ammunitions supplier.

Previously, Santa Fe County Sheriff Adan Mendoza said in October that about 500 rounds of ammunition were found on the set: a mix of blanks, dummy rounds and what investigators believed at the time to be additional live rounds.

Officers are still trying to find out how a live bullet, rather than a blank, was used on set. The search warrant issued Tuesday was a part of that investigation.

On the day of the shooting, actor Alec Baldwin was handling the prop gun during a scene rehearsal when it went off — striking the film’s director, Joel Souza, and cinematographer Halyna Hutchins. Hutchins later died of her injuries. Baldwin was told by the crew at the time that the gun was safe to use and wasn’t loaded with live rounds.

The warrant says ammo on set came from various sources including a man named Seth Kenney, owner of PDQ Arm & Prop LLC in Albuquerque, for which the warrant was issued. Other pieces of ammo were brought to the set by armorer Hannah Gutierrez Reed from a previous production and from another individual named “Billy Ray,” the warrant says.

Investigators requested that all documents relating to Rust be collected from Kenney’s business, all ammunition that contains a “Starline Brass” logo, photographs of the the prop company’s building and property, as well as any evidence showing “knowledge of the crimes.”

The information shared in the search warrant establishes the chain of custody of the gun used by Baldwin on the day of the shooting. Other crucial details in the warrant include witness theories told to investigators on where exactly the ammunition — including the live bullets — may have come from and how it may have gotten on the Rust set.

Investigators are still looking into these possibilities and no one has been charged with any crime.

Crew members share details of the day of the shooting

According to the search warrant, Reed told investigators she arrived on set at 7:30 a.m. on the day of the shooting to prep the prop guns. She did this work alongside her co-worker and prop master, Sarah Zachry.

Sometime before lunch, Reed said she armed the guns with “dummy rounds.” She said that after loading the first five rounds into the gun later used by Baldwin, she had difficulty getting a sixth round in. She told investigators she “cleaned it out” and put another round in, totaling six in the chamber of the Colt .45-caliber pistol.

When she went to lunch, the gun later used by Baldwin was locked in a safe.

After lunch, Reed gave the gun to assistant director David Halls, who was “sitting in” on a rehearsal inside the set’s church. Reed said she was rarely allowed inside the building during filming because of COVID-19 rules.

Zachry told investigators that when she checked the ammo after the shooting she noted that some of the rounds in their collection “rattled” — which meant they were dummy rounds — and others didn’t, according to the warrant.

“Sarah said this led her to believe some of the other rounds in that box were live ammo,” the warrant said.

Witnesses share theories on origins of the live ammo

According to the search warrant, Kenney shared with investigators the history of the ammo he provided to the Rust movie set.

He spoke with investigators a few days after the shooting, according to the Santa Fe Sheriff’s Office, and said he thought he knew where the live ammo used on the Rust set may have come from. According to the warrant’s details, “a couple of years back” he received “reloaded ammunition,” which is made up of recycled bullet components, from a friend. He said he believes the bullet used on the Rust set must’ve been reloaded ammunition.

Investigators also spoke with the father of the Hannah Gutierrez Reed, Thell Reed, who also works as a set armorer. He called officers and told them he worked with Kenney earlier this year on another movie set.

Thell Reed said he conducted weapons training to actors on a firearms range and Kenney was there. Kenney told the elder Reed to bring additional live ammunition in case the group ran out of rounds during training.

After the day’s training was finished, Kenney took all of the ammunition used that day — including some for a .45 caliber Colt. Thell Reed told investigators he tried to get the ammo he brought to the training back from Kenney, but it remained in his possession.

“Thell stated that this ammunition may match the ammunition found on the set of Rust.”

Fri Dec 3 , 2021
Written by Amarachi Orie, CNN The final moments before the death of the last male northern white rhino, a 66-year-old elephant swimming in the ocean, and renowned primatologist Jane Goodall searching for chimpanzees in Tanzania in the early 1960s; these are all moments captured in a collection of powerful photographs […] 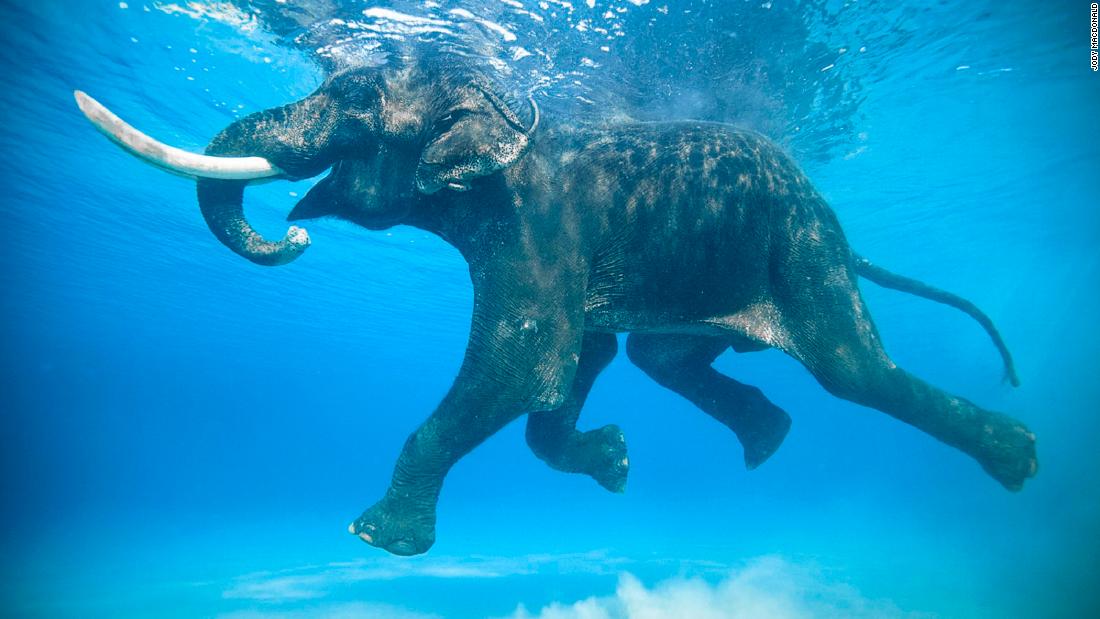