There was a time when Liz Lemon Swindle was not interested in watching “The Chosen.”

The artist’s son tried several times to get her to watch the faith-based television series featuring the life of Jesus Christ, but she always found an excuse to pacify him.

“‘Sure I will,”’ Swindle said she told him, “not ever intending to watch it.”

Finally, after much persistence by her son, Swindle agreed to see the first episode. One powerful scene touched her heart and suddenly she was hooked.

Less than two years later, a 30-inch-by-40-inch original painting with a decorative frame that depicts Jesus and Mary Magdalene in a tender, heartfelt embrace is displayed in Swindle’s studio in Provo, Utah. It’s titled, “You Are Mine,” and it’s the first of several moving moments from the series that Swindle is painting as a new partner with “The Chosen.”

“I think what I’m doing now is some of the best work I’ve ever done,” the 69-year-old said. “From the minute I started ‘You Are Mine,’ everything changed. It’s like my career took a huge shift. I keep thinking that I spent 35 years preparing for what I am doing now. I was actually looking at retirement, but I feel more invested and connected to this than anything else.”

Who is Liz Lemon Swindle?

Swindle is widely recognized in the art world for her paintings that depict faith and religious themes, according to to her website biography.

“Her talents are remarkable,” said Susan Easton Black, Swindle’s biographer and friend. “Liz lives very modestly. Her time and means go to her family and her art. She is a wonderful person who has been blessed with a talent that sends a visual message of the Savior to multitudes.”

Discovering ‘You Are Mine’

Swindle initially dismissed her son’s recommendation to watch “The Chosen” because of her artwork, busy schedule and one other reason.

“I thought, ‘Oh, I paint Christ all day. I don’t want to go home and watch a TV show,’” she said. “It was a weird response, but it was also because he was telling me what I needed to do and I never do that well.”

It was her son’s persistent coaxing over a few months and a text that her grandchildren were all watching the show that finally persuaded Swindle to give “The Chosen” a chance.

Episode 1 was “good” — Swindle knew the general storyline — until one part near the end “took her breath away,” she said.

Mary Magdalene, played by Elizabeth Tabish, is about to drink away her problems in a bar when Jesus, played by Jonathan Roumie, appears and places his hand on hers to stop her. She tells him to leave her alone and hurries out, but he follows her outside. He calls her by name, quotes scripture from Isaiah 43, and tells her “You are mine” before taking her into his healing, redeeming embrace.

Swindle said she was fixated on the screen.

“She’s been battling the demons,” the artist said. “It was like, oh my gosh, that’s me. I’ve been there so many times. I mean, I didn’t deal with demons, but we all have. I kept rewinding and watching it, thinking, ‘This is amazing.’”

Roumie wasn’t on the screen very long, but the episode changed for Swindle when he appeared.

“He was a believable Jesus,” she said. “I’ve painted him for 20 years and I’m kind of funny about the model who is going to play Jesus. … But he really resonated. I thought, ‘This is amazing. OK, I’ll watch one more episode.’”

‘I have to paint that’

Swindle decided to watch one more episode. Then another, and then another. She finished the first season around 3 a.m. Other scenes also captured her heart.

In one episode, Jesus spent time with children. Swindle had participated in photoshoots with a model of the Savior and children and knew it was tricky. She was impressed with the actors and how the scene played out.

In another episode, fishermen James and John run with their father along the edge of the shore, splashing water. She also liked the scene where Jesus fills the fishing nets. The artist had a sudden urge to be in her studio.

Following her feelings, Swindle worked with her son, Steevun Lemon, and others to connect with Dallas Jenkins, the show’s creator, writer, director and executive producer. She was interested in using her artistic talents to help raise funds for the show.

“One of the things I really wanted to do — more than anything — is help raise money because I’ve worked in television before, so I know what shows cost to produce,” she said. “Dallas was open to having some of these paintings done. His instruction was, ‘Paint what really moves you.’”

Jenkins also requested that Swindle paint the “You Are Mine” scene from Episode 1. He wanted it to be the first one to be released.

From film to canvas

To paint in great detail, Swindle is able to study and draw from high quality images obtained from “The Chosen” producers. One second of footage is equal to 24 still frames.

“It’s amazing because with each frame you are going to get the twitch of a finger or maybe an eye isn’t open all the way,” she said. “You want to have that exact moment when the emotion connects, so everything around that, you are working towards that one frame. Sometimes I will go through thousands of frames to get that one.”

Swindle was also able to meet, photograph and spend time with Roumie.

“What really grabs you with Jonathan is he looks the part,” Swindle said. “You are not having to adjust anything, skin color, anything. Jonathan looks like what Jesus could really look like … and he isn’t just an actor playing his role, he really has the heart and countenance.”

Swindle’s creation process begins with drawing a sketch. Once she is comfortable with the one or two frames she is using, the next step is to map it out on canvas, eventually adding values and colors. The process can take up to six months.

As of this month, Swindle estimates she has watched “The Chosen” series 30 times and identified seven scenes she wants to transform into art.

“When I zero in on a moment, I’ll watch it over and over to make sure I’ve got everything aligned so that it’s the best it can be in that particular scenario,” she said.

‘The single most important moment’ in ‘The Chosen’

Swindle admitted she was more nervous to meet Jenkins than she was Roumie. What will she do if he doesn’t like her painting? Her worries vanished quickly as Jenkins entered with a smile and asked if he could give her a hug.

The two met last fall when the creator of “The Chosen” came to see the completed original of “You Are Mine.” The meeting was documented in a video later released last November on YouTube.

“You Are Mine” is the only one of Swindle’s paintings of the series that has been released so far. “The Chosen” will determine when the others are released.

As they talked, Jenkins described the significance of the “You Are Mine” scene in Episode 1.

“This moment here, without even a close second, is the single most important moment in the whole show. … The whole gospel is encapsulated in this moment,” Jenkins said in the video. “Thank you for capturing it in such a beautiful way. I think this is the only way for that moment, for that truth, to be captured long term.”

Jenkins also said that he loves the idea of the show inspiring viewers to do something creative, as it did Swindle.

Swindle will receive a “tiny” royalty from the prints, but most of what the paintings earn will go to help finance future seasons of the show.

“The Chosen,” one of the highest crowdfunded media projects in history, has secured funding for Season 3 with plans to produce seven seasons.

“For the most part, I just hand these over. I want to give as much as I can possibly give to this funding to keep this going. I don’t want this to stop at Season 3,” she said.

“I can hardly wait to get here in the mornings and I hate to leave when I have to go. This has been such a blessing. Usually you retire when you are kind of done and want to do something else. But I can’t think of anything else I’d rather be doing now in my life.” 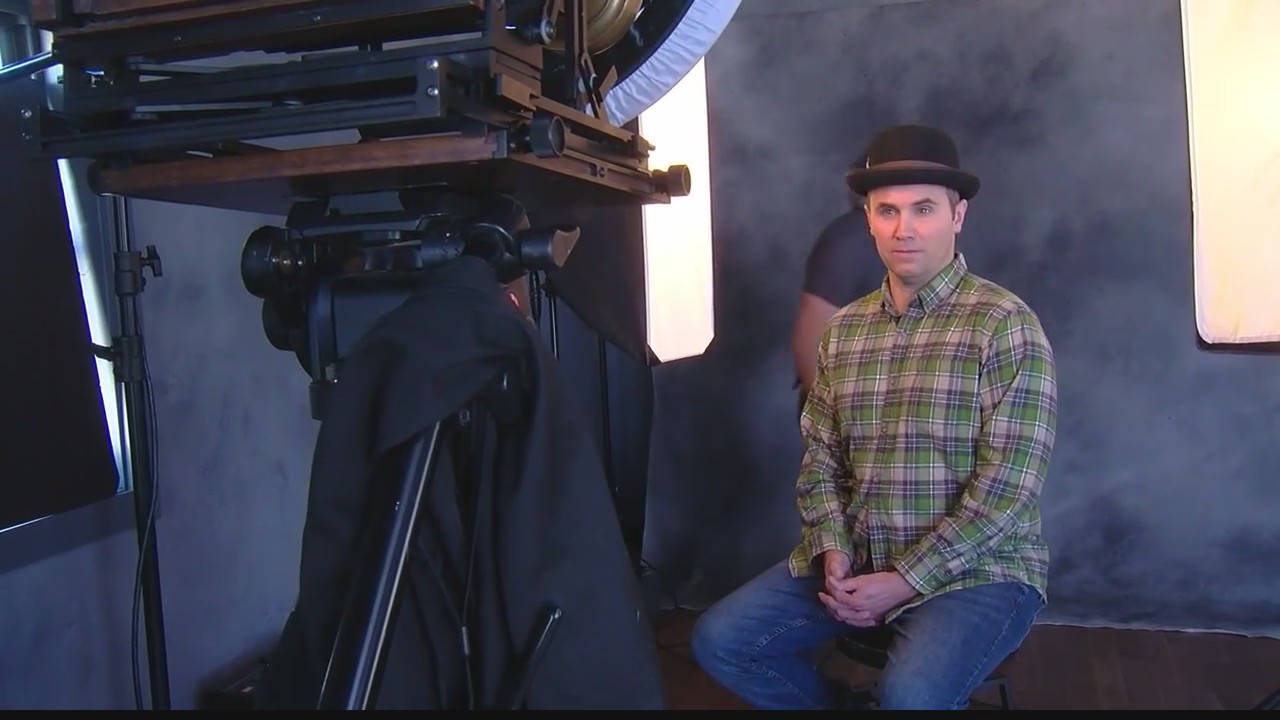