WASHBURN, Wis. — “All we hear about is the North Shore. We don’t hear about the South Shore,” said Jamey Penney-Ritter. “But we have all these beautiful little spots here that people absolutely love, and when you discover that and you keep coming back, it’s almost like being addicted.”

If you have a Northland travel poster on your wall, or on a magnet, or on a mug, there’s a good chance it was designed by Penney-Ritter. That’s especially likely if it represents the kind of small city, state park or local landmark that doesn’t typically get advertised in travel agencies or airports.

“Nobody had ever done travel posters, really, in this area,” said Penney-Ritter last week, sitting in her cozy studio at 14 E. Bayfield St. “People are very excited. There’s so many little towns around here.”

The walls of Penney-Ritter’s shop, Bemused Gallery & Studio, are completely lined with prints of her designs. They’re all made to the same vertical-rectangle dimensions, and most of them are styled after vintage travel posters with a location’s name printed in bold letters over an illustration of an iconic sight.

Some of the sights are very familiar: the Aerial Lift Bridge, Split Rock Lighthouse, the Madeline Island ferry. Others are a little more niche: the Gordon Fire Tower, the Raspberry Island Lighthouse, the giant muskie at Hayward’s Freshwater Fishing Hall of Fame. “I like to say it’s the biggest collection of northern Wisconsin travel posters in the history of the world,” said Penney-Ritter, “because it probably is.”

Penney-Ritter’s best-selling poster this year may also feature the most obscure reference in her oeuvre. It depicts the Stanberry Railroad Bridge, which crosses U.S. Highway 63 between Hayward and Spooner. The artist faithfully rendered the bridge with its perennial graffiti message: “Spooner blows.”

“I released this while I was on spring break, on April 1,” laughed Penney-Ritter. “So I’m in Charleston, and my phone is blowing up because people are like, ‘Oh my god, I need that.'” One couple, she said, bought the poster as a wedding present.

As it happened, the artist’s very first poster image was inspired by a wedding. As a gift honoring a relative’s marriage, Penney-Ritter created a stylized image of the couple standing on the Bayfield shore with Madeline Island visible in the background. She styled it after 1930s travel posters she’d seen advertising her former home, Bermuda.

The enthusiastic reaction caused Penney-Ritter to think, “Maybe I’m on to something.” That was eight years, and 160 posters, ago. “I should retire when I have a thousand posters,” she said. “That’s the long term bucket list goal.”

Penney-Ritter’s style harks back to the art deco era of the early 20th century, when poster artists influenced by cubism and futurism stylized scenic views with clean lines and solid blocks of color. Travel posters created by the WPA’s Federal Art Project in the 1930s and ’40s are a touchstone, particularly with respect to the designs Penney-Ritter creates for Wisconsin state parks.

Each poster takes Penney-Ritter about 12 hours to create — longer if they’re more intricate. (Her Lift Bridge poster took about 30 hours, she said.) Penney-Ritter, who’s also a photographer, typically starts with a reference photo and draws over it using Adobe Illustrator.

Where did she learn her digital drawing skills? “I like to say the streets and back alleys, because I did not go to school for this,” said the artist, who went to college in her home town, studying communication arts and sociology at the University of Wisconsin Superior. After graduating in 1997, she worked in media, moving with her husband Jason first to Bermuda (“because, why not?”), then San Diego. After two decades away, the couple moved back to the South Shore, where Penney-Ritter took a job doing marketing for Big Top Chautauqua.

Penney-Ritter didn’t let go of her day job until her art had grown into a sustainable business. “The art is the easy part,” said the mother of two. “The business is the hard part. I could do this all day and not make any money, but I don’t want to be a starving artist.”

By last year, she was ready to rent a shop and studio. Bemused is located on the first floor of a stately Romanesque Revival building that was initially home to the Bayfield County Bank; the inventory closet is literally a vault. “The original outside door’s over in the museum,” said Penney-Ritter, indicating the Washburn Area Historical Museum across the street.

Maybe because the museum and neighboring Legion Park draw so much attention, locals tend to forget the Bemused building exists. “When I tell people where I am, they’re like, ‘There’s not a building there,'” said Penney-Ritter. “It’s 133 years old. I’m sure it’s there.”

For the next several months Penney-Ritter’s work will also be on display at the Duluth International Airport. The travel posters “felt like such a good fit for the airport,” said Tricia Hobbs, senior economic developer for the City of Duluth. “People are either coming home to this wonderful area or visiting it, and so it was really great to be able to represent a lot of those notable places that they either know and love or are getting to experience, maybe, for the first time.”

Thirty-two of Penney-Ritter’s prints are displayed in eight cases at the airport, in a second-story lobby outside the security check. One of the pieces on display is a new poster featuring the airport itself. “This is a Northwest Airlines plane from 1956,” said the artist, who drew on a mid-century aesthetic suggesting a more glamorous era of air travel. “As soon as it went live, the architect for the airport ordered one.”

In what Penney-Ritter describes as “almost a backhanded compliment,” she’s often asked if her posters are antiques. “I’m like, oh, no, they’re babies. Even the ‘old’ ones are only eight years old. I made (each poster) look old, but it’s new.”

Penney-Ritter’s designs earned a taste of national renown in 2020 when the popular Twitter account @ratemyskyperoom awarded U.S. Senator Tammy Baldwin a full 10/10 and cited the “brilliant Wisconsin print series” on display behind the Democrat during a remote appearance on MSNBC.

In La Pointe, Wisc., Madeline Island Candles stocks a selection of Penney-Ritter designs — including some of those Baldwin won praise for. Co-owner Michael Childers said the images are “very popular” with customers.

“People return and they collect them year after year,” said Childers. “One of the very popular prints that we carry is of the lagoon at the Big Bay Town Park. That’s something they have experienced, and they can take home as a memento.”

Even though she’s only been in her studio since last year, Penney-Ritter said, “I feel like I’ve got growing pains and I need a bigger building.” She’s hoping to stay in her current shop as long as possible, but with the posters crowding every square foot of display space, “I need another three walls.”

The demand for hyper-local posters shows no sign of letting up: even as she sat demonstrating her design process, Penney-Ritter’s phone rang with an alert that indicated another sale coming in through her website. Local businesses regularly contact her to commission custom posters, and every time she travels to sell her work at art fairs or events like the recent Festival of Sail in Two Harbors, she needs to plan ahead.

Thu Aug 18 , 2022
Very last Updated: August 18, 2022, 13:58 IST Entire world Pictures Day serves as a motivating day for the fans to pursue pictures as a profession. (Representative image: Shutterstock) Earth Images Day is a day to rejoice the art and craft of images and the enthusiasm that persons have for […] 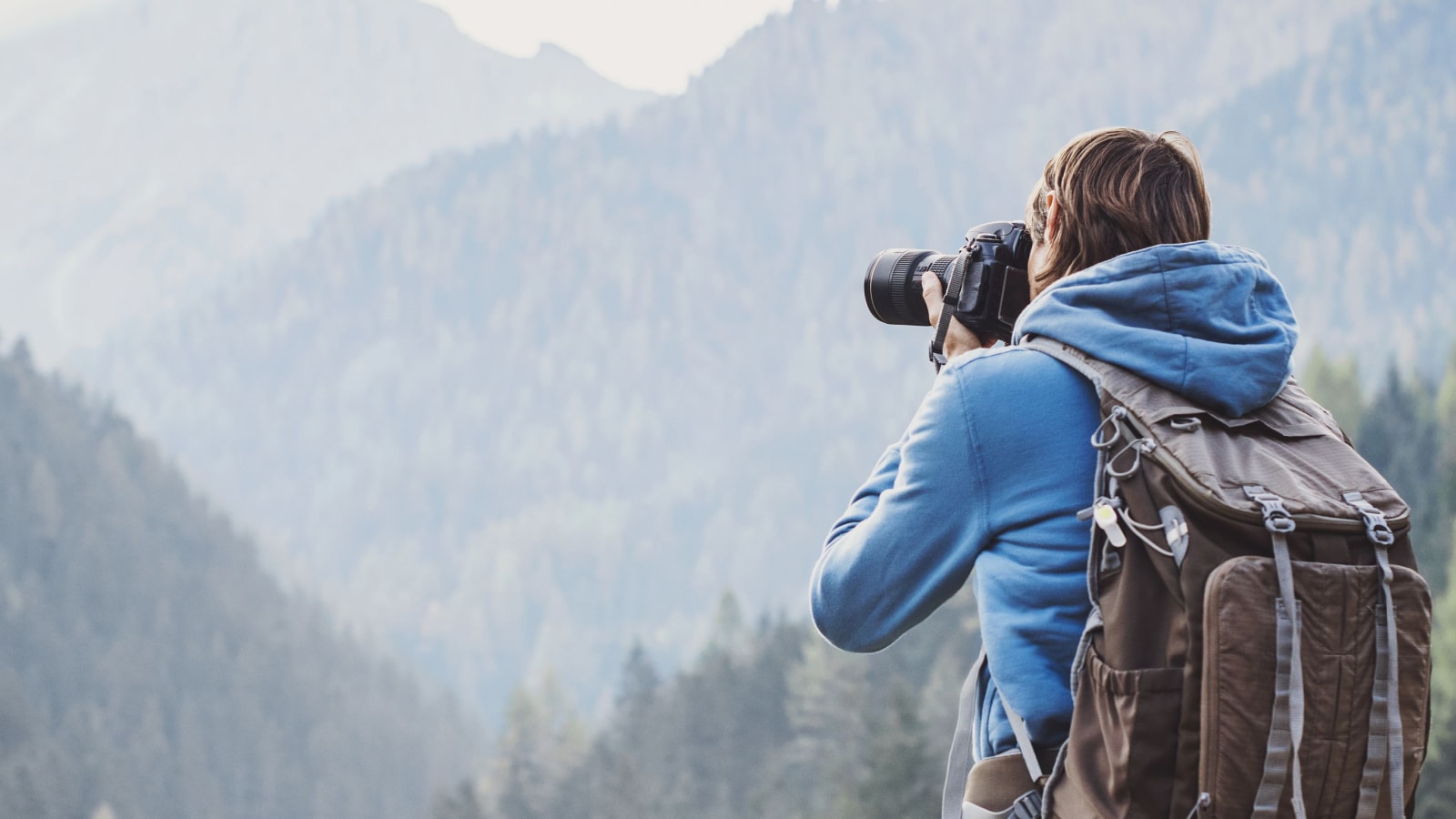