BY JOHN HOLLIS
FOR THE FREE LANCE-STAR

Winning isn’t something the Indians have done much of in recent years. So the Stafford supporters’ hesitation of sorts about what to do as the game’s final seconds ticked away was more than a little understandable following the conclusion of their 35–14 beatdown of the Yellow Jackets at Lloyd A. Busch Stadium. The victory snapped a 20-game losing skid dating back to 2019.

It didn’t long, however, before excited students figured it out and began massing in the end zone to greet the victors, who accounted for the game’s final 28 points to erase an early 14–7 deficit.

“I’ve been telling ‘em since February that they had it in ‘em,” first-year Stafford coach Jeff Drugatz said after winning his first game and getting a Gatorade shower for his efforts. “I’ve been more of a psychology professor than football coach the last few months. They just needed to believe.”

Senior free safety Skilayr Atkinson made sure his teammates were believers, intercepting two passes, including one he returned for a touchdown in the third quarter. He accounted for another score by blocking a James Monroe punt in the fourth period and recovering it in the end zone to almost single-handedly put an end to the Indians’ losing skid.

“It felt really good,” Atkinson said of his night. “We really needed a win.”

The depth-starved Yellow Jackets (0–1), who will try to rebound when they host Charlottesville next week, managed just two first downs and a meager 45 yards of total offense in the decisive second half. James Monroe mustered just 16 yards rushing for the evening.

“We didn’t match their physicality,” coach George Coghill said. “We got beat up in the trenches.”

It didn’t help James Monroe that speedy wide receiver Tyson Taylor missed most of the second half with an injury after tallying eight of his nine catches before the break.

Stafford (1–0), which plays at Chancellor next week, eventually wore down its visitors. Senior quarterback Aidan McConnell completed six of his nine passes for 169 yards and two touchdowns. The Indians defense that had struggled mightily in recent years played outstanding in the second half, forcing James Monroe to rely exclusively on its passing game.

“This was a huge win because the key is to get these guys to believe,” Drugatz said. “We had to get this train pushed in the right direction.”

James Monroe got things started when senior tailback Ke’Shaun Wallace plunged into the end zone from 1 yard to give the Yellow Jackets a 7–0 lead with 7:33 left in the first half.

Stafford evened the score at 7-apiece when McConnell teamed with Kimani Morton for a 32-yard pitch-and-catch with 4:36 left in the half.

The Indians accounted for touchdowns on both their third-quarter drives and got an additional boost from Atkinson’s 49-yard interception return for a score to close the third period.

Sent weekly directly to your inbox!

Wed Sep 7 , 2022
All over the summer, drivers on Prolonged Island’s Route 27 in between Southampton and H2o Mill have been passing the text “Remember Me” emblazoned in substantial neon script throughout the facet of the Parrish Art Museum. A yearlong set up by the artist Hank Willis Thomas, people two terms radiate […] 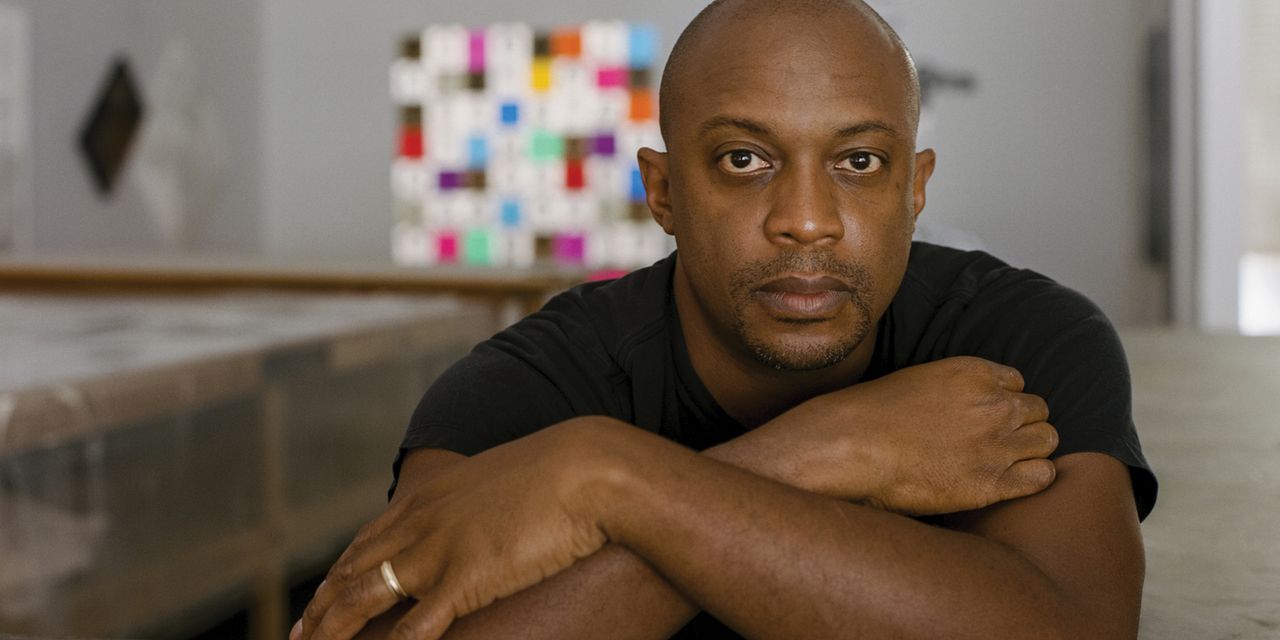