Whenever Greg Sestero screens the 2003 cult classic “The Room” he always has a few audience members who are seeing it for the first time.

“Which is always fun to see the shock on their face and the laughter,” Sestero said in a recent phone interview.

Shot as a drama but received as a comedy, “The Room” is an unintentional guide: how not to make a movie on just about every level.

Sestero, who co-starred in “The Room”, is hosting a screening of the film Friday, Dec. 17 at The Grand Cinema in Tacoma. The film will be preceded by a Q and A with the actor.

His tell-all memoir, “The Disaster Artist,” about the making of “The Room” was itself made into a movie by actor-director James Franco in 2017. Franco’s brother Dave, played Sestero. It also starred Seth Rogen, Jacki Weaver, Zac Efron, Josh Hutcherson, Megan Mullally and Melanie Griffith.

Tommy Wiseau, the screenwriter, director and lead actor of “The Room” which Entertainment Weekly called “the ‘Citizen Kane’ of bad movies” thought he was making a masterpiece while producing his film. Instead, audiences laughed, as they do now, at the nearly incomprehensible plot and puzzling production techniques.

“ ‘The Room’ thinks it’s a masterpiece of cinema but entertains only because of its spectacular failure on every level,” says Olympia-based cinematographer and “Room” fan Patrick Neary.

Wiseau did get on stage at an awards show thanks to his film, indirectly. He was a guest of Franco, who won a Golden Globe for his portrayal of Wiseau in “The Disaster Artist”.

Why is Wiseau’s film “The greatest bad movie ever made,” according to Sestero and its fans?

“It’s made by somebody who didn’t have full creative control and who believed he was making a powerful drama,” Sestero said. “So, you’re getting an unfiltered look into someone’s mind that I think is really fascinating and dislocating and sort of touching.”

“The Room” is centered on Johnny, a San Francisco banker played by Wiseau, who unintentionally breaks the fourth wall in nearly every scene with his awkward dialog and wooden facial features. Miscast actors come and go with little explanation. Scenes bump against each other without a thought to continuity.

Sestero plays Mark, Johnny’s best friend who ultimately betrays him. Betrayal is a key theme in the movie and in Wiseau’s real life.

Variety gave the film a brief review when it first came out, noting that Wiseau was one of the most unlikely looking men to star in a film. It also noted Wiseau’s billboard and television advertising campaign for the film, which made $1,800 when it showed in a single theater. Wiseau spent $6 million to make his “real Hollywood movie.”

Wiseau’s relentless promotional campaign eventually got it noticed among Hollywood insiders. It also caught on with the type of movie-going crowd that looks for the film world’s hidden gems, even if they’re poorly cut.

Dialog from the film (“You’re tearing me apart Lisa”, “Oh, hi, Mark”) have became coded identifiers for those who have seen the film.

Sestero never thought “The Room” would be the phenomenon it is today. When he first showed a rough cut to his family, they couldn’t stop laughing.

“They thought it was insane,” he recalled.

“And then, a couple years later, I started to see these film students that loved it,” he said. “They would quote it and it sort of had this life to it. I was shocked. It’s cool.”

Soon, it was selling out screenings and Sestero was writing his book. It was a New York Times best seller.

“Out of nowhere, I got the call from Seth Rogen and James Franco that they wanted to adapt the book.”

Sestero teamed up with writer Tom Bissell to write “The Disaster Artist”. The book looks at Sestero’s unlikely friendship with Wiseau as well as the making of “The Room”. It’s a no-holds-barred account, at turns hilarious and disturbing, of the enigmatic Wiseau.

Wiseau, who will not be appearing in Tacoma, remains a close friend of Sestero. Sestero said they talk nearly every day. This after Sestero’s not always flattering portrayal of Wiseau in the book.

“I told Tommy early on, I was going to write a book,” Sestero said. “Anybody who knows Tommy or has dealt with him and has had the experience knows that there’s a lot of lovable traits and there’s a lot of maddening traits.”

Sestero still isn’t completely sure where Wiseau got the millions to make “The Room” — although there are many hints in the book — or what country he originally hails from. Wiseau typically replies “New Orleans” when asked.

Sestero’s screenings of “The Room” like the one in Tacoma allow him to show audiences trailers for his latest films. His 2018 film, “Best Friends,” starred both he and Wiseau. The pair only started making movies again after “The Disaster Artist” was in production.

“For a while, I didn’t think of working together,” Sestero said. “Because it was such a circus. But then after I’d seen the ‘Disaster Artist’ rough cut, I was like, Tommy could be a really fascinating actor if you get past, you know, the challenges.”

While “The Room” isn’t available online, “The Disaster Artist” can be seen on Netflix and Sestero’s films can be see on various streaming services including Amazon.

What: “The Room” hosted by Greg Sestero


Craig Sailor has worked for The News Tribune since 1998 as a writer, editor and photographer. He previously worked at The Olympian and at other newspapers in Nevada and California. He has a degree in journalism from San Jose State University.

Ed Sheeran named the most-viewed artist on TikTok this year 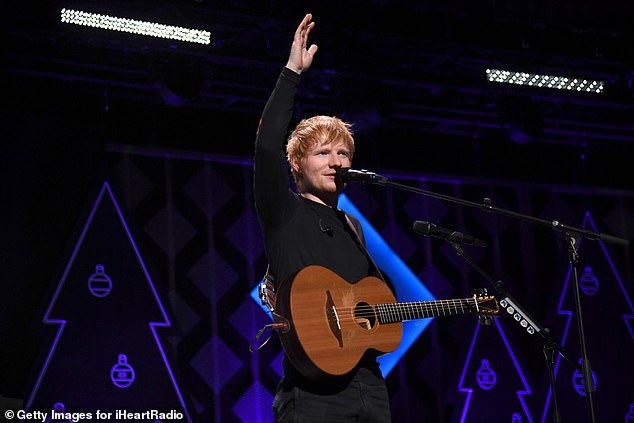