Two naked bodies hang, tied up by cables in the atrium of the KODE museum in Bergen, Norway. If you know the artist Paul McCarthy, you will recognize the male figure—it’s him, or at least, an image of him.

If you don’t, a McCarthy show might be a shocking experience; those uninitiated into McCarthy’s practice might be struck by the grotesque nature of his works. For decades now, the LA-based artist has been mining popular culture, plucking out characters from Hollywood and the political sphere and drawing them out into works on paper, or sculptures and films.

“Dead End Hole,” the artist’s first institutional exhibition in Norway, spans two large parts of the museum, but the apex of the show is a four-channel video called DADDA, The Coach, the Skull, 4 Wall. The immersive video installation follows a band of wily figures—including dopplegängers of Nancy Reagan and Andy Warhol—power-tripping one another. Everything on the four screens degrades at points into violence or sexual recklessness.

But this is par for the course for McCarthy. He often recasts cheerful figures like Snow White into more sinister roles and his plots and sculptures tend to depict sadistic Dionysian party scenes run amok. But the 76-year-old artist is offering serious and complex commentaries on the nature of politics, patriarchal society, and, crucially, human nature. And the art he has been making since the 1960s has paved the way for contemporary twisted visions by the likes of Ryan Trecartin and Jordan Wolfson.

Take one of his recent films, called CSSC, part of which is on view at KODE. The plot culminates at a Western-style saloon where McCarthy, dressed up as a Trump-like character named Donald Duck, is shot at very close range in the face by Daisy Duck, who is at this point naked, having removed her blue Melania Trump-inspired dress. The rest of the characters, including a woman dressed up as the storybook heroine Heidi, look on in confusion or rapture, if they notice at all. It is a preposterous situation but it plays with our sense of right and wrong.

There “is not much difference between Minnie Mouse and Donald Trump,” McCarthy told Artnet News over a Zoom call as he was installing the show in Bergen. True—for most people, both figures only exist on screens. “What is Trump?” McCarthy asked. “‘The election is stolen.’ It’s a theatre of some sort, but in some parts of the world, that is not theater.” Distinguishing between performed violence and real violence is important in understanding what McCarthy is trying to achieve. He creates a Brechtian kind of epic theater that constantly calls attention to itself, even though the effects that McCarthy uses are Hollywood quality. The scenes in his films are not for the faint-hearted—or kids under 18, for that matter—and their lengthy runtimes (his installation at KODE Museum is about three hours long) are crammed with moments of total depravity, in the form of defecation, sexual encounters, abuse, belligerent drunkenness, or even castration.

But McCarthy emphasizes he is showing nothing more extreme than what can be seen in Hollywood slasher or action films, as well as society at large. “Actual, real violence is going on in the world that is really brutal. What I do is a depiction of violence,” McCarthy said, adding that he is “playing on and pushing” against social norms.

And while one might find it at times hard to keep up with McCarthy’s multi-chaptered, overlapping film series, if you check logic at the door, it is easy enough to ride along with his wandering dark fantasies. McCarthy listed just some of the props and materials involved in this recent project: 15 rubber bodies, 150 terabytes of film, two two-storey buildings that were purpose-built, and hundreds of works on paper.

Even more dizzying is his lineage of the characters and plots that led up to his Trump impersonation and to the newest character he has taken on, Adolf Hitler. “All the works fold into something else,” McCarthy said. “My whole practice has been like that.” He has indeed been making such boundary-pushing work since he was an art student in the 1960s. But McCarthy did not have an easy rise to wide popularity or critical acclaim and, despite his collaborative relationships with artists Chris Burden and Mike Kelley, he struggled in his early years to gain acceptance from the art world for his performances, which were influenced by Viennese Actionism.

In these early works from the 1970s, one can see the foundations for what his films have become today. Early on, he focused on archetypal character studies that pushed his body to extremes. In a 1976 piece called Class Fool, McCarthy thrashed his body around a schoolroom that was splattered with ketchup, until he vomited.

Some of his most iconic public sculptures have been no less controversial. Few could forget Complex Shit, which, like the work title suggests, was a monumental fecal sculpture installed in a bucolic Swiss field. In 2014, he installed a large butt plug outside the Place Vendôme in Paris, spurring outcry from locals. The incident culminated in an example of real violence, when an assailant attacked McCarthy, who was 69 at the time, punching the artist in the face three times.

“I’m just regurgitating what is all around me,” McCarthy said when asked about the pushback against his work. And the artist is not a fan of recent rise of political correctness, as one might guess. Discourse “becomes too flat and you cannot see the depth of anything,” he noted of the term. He added that people sometimes seem to forget that he is representing something and not actually embodying it. “I could be seen as the problem. But I am making work about a problem,” he said. “The people I work with… we are all very aware of what we are doing and why we are doing it.”

Hitler has now made its way into McCarthy’s longtime exploration of fascism. In this newest iteration of this character study called A&E—which stands for Adam and Eve, Adolf and Eva (after Eva Braun, Hitler’s girlfriend), as well as arts and entertainment—McCarthy plays the Nazi leader and German actor Lilith Stangenberg plays Eva. In performative sessions, Adolf dons a Hawaiian shirt, lederhosen, and mid-calf black sports socks as he draws with oil sticks and rolls around in a filthy room. In one still, Eva sits in a large armoire reading a magazine.

The resulting drawings from these performances are cartoonish self-portraits of Hitler and Braun. In some, Braun is depicted tied to a tree. In others, Hitler is overlaid with a Disney-like mouse character. McCarthy calls them “life drawings.”

When asked what, if anything, connects Trump to Hitler, given the immediate succession of the characters he has portrayed, McCarthy talks about how fascism has become a bit of a buzzword. “The fear of fascism is a real fear,” McCarthy said. “There is a real difference between what Trump is and what Hitler was, and what Trump is doing and what Hitler did. You cannot simply say Trump is like a fascist. But this kind of discussion has been going on a whole lot.” Returning to those two hanging figures in the atrium, in which McCarthy and Stangenberg stand-in as Eva and Hitler, the pair of figures bear witness to even more grotesque drawings of their life as if they were caught in some kind of horrific hall of mirrors. It makes you wonder: Could an artist like Paul McCarthy come into being in today’s society? When asked if he thinks young artists could make work like he and his peers did in the 1960s, McCarthy noted: “The changes I notice are a combination of what I am doing now and where the art world and society are now. I think the art world has changed. The work may have also become more intense.”

Despite this, McCarthy seems quite comfortable living in a gray area. “I understand that this work is problematic, but I am revealing something that needs to be talked about,” he said. “You cannot just bury these subjects.”

Fri Nov 26 , 2021
Our country’s heroes are all around us and with November as National Veterans and Military Families Month, we’re introducing a veteran who used to forecast the weather for the U.S. Navy, and is now finding peace through photography.  Photographing birds is a fairly new hobby for Navy veteran Michael French, […] 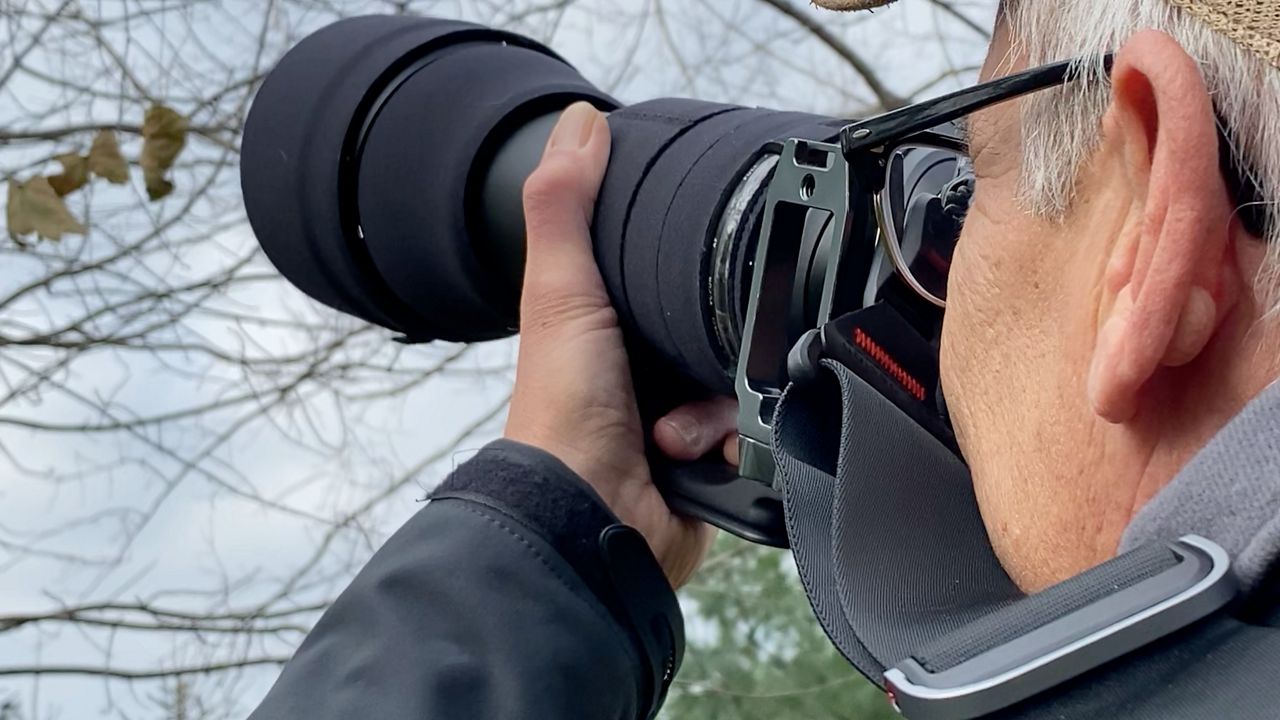