Check out this list of arts-related events for this month, including an Earth Day concert at the Frost School of Music.


The Frost School of Music is set to present an evening of music, art, and science to honor Earth Day. On April 22, Maria Schneider, artistic director of the Henry Mancini Institute and seven-time Grammy Award winner, will host a concert with conductor Scott Flavin. Frost School student composers and the Mancini Institute Fellows will perform student-written pieces inspired by a research project being conducted at the University of Miami.

“It’s a wonderful thing for researchers working in areas outside of the arts to discover how the arts can bring attention to their work and illuminate aspects of their work in a new and special light,” said Schneider, who has been mentoring the students. “My wish is to also show the wider University what a resource they have in this powerful music program.”

Students set to perform at the concert have chosen a variety of different research projects being done across the University, which span fields of study including health, atmospheric sciences, computer science, physics, and marine biology.

Casey Dickey, a Henry Mancini Institute Composition Fellow who will be performing, was motivated to create a composition about tropical cyclones after learning about the work being done by two researchers at the Rosenstiel School of Marine and Atmospheric Science. Dickey teamed up with Quinton Lawton, a researcher studying hurricane formation, and Sam Nebylitsa, a researcher studying rapid intensification of tropical cyclones, to find inspiration for his composition.

“Sam and Quinton, the researchers who graciously shared their work with me, emphasized the chaotic nature of hurricane formation which makes them difficult to predict,” said Dickey. “In this piece I have left some of the musical decisions up to the players, so the sound of the orchestra will grow unpredictably as they feed off each other’s energy. The piece reflects the power and chaos of the storm.”

Dickey said that he believes that music can spread the message of sustainability in a unique way.

“Art can be used to focus our attention on important issues,” he said. “Hurricanes are more frequent than ever, and the work that Sam, Quinton, and other researchers are doing to understand and predict their formation could literally save lives. I hope this concert highlights the urgent need to take care of our planet.”

Schneider explained that the students can experience how life, science, the arts, or the human condition can inspire music.

“Music can be such a wonderful conduit to express and illuminate things outside of music. I want the students to experience writing not only for music’s sake, but rather writing music for life’s sake,” she said.

Ultimately, she would like that when the students graduate and leave the University they know that their music can provide advocacy, illuminate complex ideas in a fresh light, and help them delve into subjects they never imagined.

“Music is transformative—it can heal,” Schneider noted. “I hope these students will discover that their music can touch subjects they never imagined, illuminating many wonders of this wide world we live in.”

Mindfulness with the Lowe

The Lowe’s Art of Mindfulness remote sessions take place on Tuesdays at 1 p.m. Each session will last approximately 40 minutes (a 30-minute guided practice with a 10-minute reflection and Q&A).

Registration is required to participate in these free virtual sessions. Visit the Lowe for more information.

Students are invited to join the Lowe Art Museum for an in-person sketch class. The goal is to de-stress and enjoy creative time together. No art experience is necessary. Pre-registration is requested. All materials will be provided. Meet at the Lowe Art Museum.

On view through June 12

On view until April 4

Center for the Humanities

Great poems present intimate moments, intense feelings, ways to look back at the past—so we have often been asked to believe; poems express mixed feelings, lament what’s gone, react to what cannot be helped. Yet much of our energy, much of the time, today, goes into imagining a better tomorrow or preparing for a worse one: working to make the world of tomorrow less racist, or less wasteful, or less dangerous, or less stressful, than the world of today. Can poems contribute to those efforts? How? Why? Which ones?

Stephanie Burt is a professor of English at Harvard University with interests in 20th- and 21stt-century poetry, science fiction, literature and geography, contemporary writing, comics and graphic novels, literature, and other arts.

Book Talk: Love and Sex in the Time of Plague

Guido Ruggiero, professor of history and Cooper Fellow, College of Arts and Sciences

For Florentines, the world seemed to be coming to an end. In 1348 the first wave of the Black Death swept across the Italian city, reducing its population from more than 100,000 to less than 40,000. The disease would eventually kill at least half of the population of Europe. Amid the devastation, Giovanni Boccaccio’s “Decameron” was born. One of the masterpieces of world literature, the “Decameron” has captivated centuries of readers with its vivid tales of love, loyalty, betrayal, and sex. Despite the death that overwhelmed Florence, Boccaccio’s collection of novelle was, in Guido Ruggiero’s words, a “symphony of life.’’

“Love and Sex in the Time of Plague” guides 21st-century readers back to Boccaccio’s world to recapture how his work sounded to 14th-century ears. Through insightful discussions of the Decameron’s cherished stories and deep portraits of Florentine culture, Ruggiero explores love and sexual relations in a society undergoing convulsive change. In the century before the plague arrived, Florence had become one of the richest and most powerful cities in Europe. With the medieval nobility in decline, a new polity was emerging, driven by Il Popolo—the people, fractious and enterprising. Boccaccio’s stories had a special resonance in this age of upheaval, as Florentines sought new notions of truth and virtue to meet both the despair and the possibility of the moment.

Visit the Center for the Humanities for more information.

The Spanish Florida missions were established in 1587 and lasted for more than a century and a half. Outstanding scholars in pre-contact and early modern Florida anthropology, archaeology, cultural studies, ethnohistory, linguistics, literature, and theology will convene in this symposium to share their efforts in documenting the story and struggles of the indigenous peoples of Florida as they were drawn into a tumultuous web of colonial missionary and global connectivity that changed their world forever.

The year 2022 marks the 75th anniversary of the publication of Marjory Stoneman Douglas’s landmark book, “The Everglades: River of Grass” (1947). Though Douglas is most noted as an environmentalist, she also engaged in activism for many other causes, including women’s rights, civil liberties, civil rights, and efforts to improve the social conditions of African Americans and of migrant laborers. The Center for the Humanities is partnering with the Office of Civic and Community Engagement to organize a panel discussion that will highlight the connections between the history of the environmental movement and the fight for racial justice.

Join Dave Barry, a Pulitzer Prize-winning author and columnist who wrote a nationally syndicated humor column for the Miami Herald, for a screening and discussion of Barry Levinson’s film “Diner.”

Other showings this month include: “Last Night in Soho,” “Spencer,” “Licorice Pizza,” “Encanto” and “Spider-Man: No Way Home.”

Visit the Cosford Cinema for showtimes and more information.

“Come hear the music play” at “Cabaret,” one of the most successful musicals of all time. With its unforgettable score by John Kander, lyrics by Fred Ebb, and book by Joe Masteroff, this timeless classic invites you to forget all your troubles at the Kit Kat Club while the world is changing forever. Featuring BFA and BA Theatre Arts majors.

Jon Batiste on the healing power of music and love

Sun Apr 3 , 2022
When this year’s Grammy nominations were announced, Jon Batiste heard his name 11 times – the most of any artist this year. Eight nominations were for his album “We Are,” and three for his work on the soundtrack of the movie “Soul.” Correspondent Jim Axelrod said, “They just kept calling […] 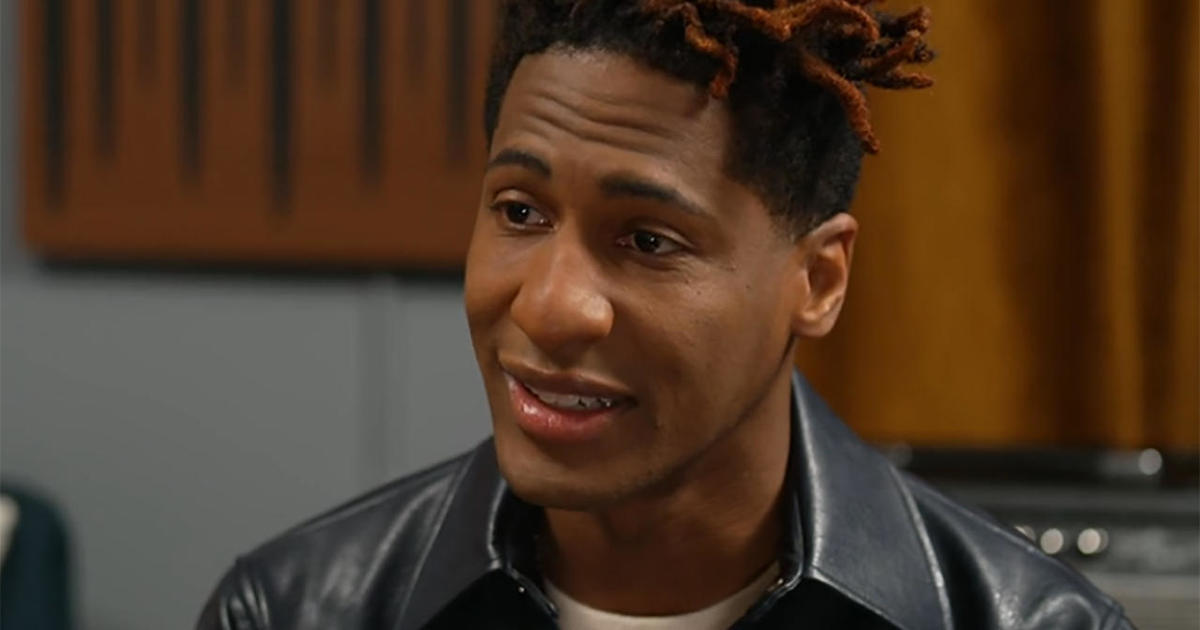