The Woods family at Tiger’s Hall of Fame induction

Hello friends! I have just returned from a lovely week at the Players. After a quick check of my weather app I left home under the assumption that it would rain the entire time I was there, so I did not bring sunblock or my sunglasses on the journey to Ponte Vedra. Don’t get me wrong, there was a lot of rain throughout the week, but by the week’s end I regretted forgetting both of the above.

Outside of the golf, I made my maiden voyage to Waffle House, got the best ice cream cookie sandwich I’ve ever had (shout out to Cookies and Creme), spent some quality time with my coworkers and even made my television debut.

I arrived to Florida in need of some warmer temperatures and great golf. I left the Sunshine State with a broken phone and a full heart. I’d call that a net win. Now let’s get to the good stuff: what you may have missed on social media.

Tiger was inducted into the World Golf Hall of Fame on Wednesday evening, and his daughter, Sam, introduced him. Before that, though, Team Woods rolled up to the PGA Tour’s new headquarters as if they were getting ready to shoot some hoops.

To be completely transparent I have zero red-carpet experience, but I’ll admit I was surprised by the scripting here. But that isn’t to say I didn’t love it. Tiger and his outfits always keep us on our toes and this was no different.

We have seen lots of Charlie Woods over the last two years at the PNC Championship, but Sam has preferred to stay away from the spotlight — until Wednesday night.

I had high expectations from Sam, but she blew those out of the water. Her speech gave us a rare glimpse into the life of Tiger Woods. Not as a golfer, an international celebrity or a businessman. We learned about him as a father and the role he plays in the Woods family. The following video was by far my favorite part of the evening.

Sam! A witty queen. And let’s take a moment to remember that she is just 14 years old. When I was 14, I brought my own lunch to school every day because I was too nervous to order it in person. Her confidence and poise is inspiring.

And finally, we have one last viral Tiger moment of the week.

Ok, so this is from 2019. I had seen part of this video before, but never the full thing, so I’m going to assume you haven’t either. It’s awesome to watch Tiger in a different element and then put the green jacket on Stanford’s head coach, David Shaw. But take a look at the 20-second mark in that video. Tiger just pulled out the green jacket as if it were any old sweatshirt! The manner in which he unpacked that thing is the same way I take my dirty clothes out of my suitcase after a week of being on the road. He must have tossed it into his backpack with no regard for its importance — which might be the ultimate power move? I mean, he has won the Masters five times, so I trust that he knows what he’s doing with that thing. But still.

The pros spent a rare afternoon off on Friday at the Players in all different ways, and JT and Homa spent part of theirs looking back on their amateur days.

I’m so glad Colt Knost requested more information because at this point, I was morbidly curious as to how, and more importantly, why, these two got into it at the 2012 U.S. Amateur.

I couldn’t find any photos of the two of them at Cherry Hills, but I did find some photos of each from 2012 and 2013 so you can sort of imagine what this exchange may have looked like. I want to make my stance here firm: I’d be very pro-Homa/JT brawl, and I’m sure it would help with their PIP standings.

The awkward moment of the week

I must preface this by saying I love a good joke. I love the Tour’s social content, especially recently. But this was hard to watch, mostly because I kept wondering how I would’ve reacted in that situation and I’m sure I would not have taken it well.

If you’ve spent much time watching The Office I can tell you that the feeling I got after watching this was very similar to the feeling after I got watching the “Scott’s Tots” episode. And I’ll leave it at that.

Cameron Smith this, Cameron Smith that! I regret to inform you all that the real winner of the week at TPC Sawgrass was not the 28-year-old Aussie with a mullet that could kill. Instead, it was the Gold Man, a special effect on the Players broadcast that seemed to do the impossible: bring all of Golf Twitter together.

Gold man quickly fell into my favorite category on the internet: So niche that anyone outside of golf would think we’ve all gone insane.

If it were within my job description to give out an MVP award at the Players, I’d give it to Joel Dahmen’s caddie, Geno Bonnalie. The guy braved traffic and the Ponte Vedra elements and rode his bike to work on Friday, only to find out he wouldn’t be working at all. Geno documented the whole thing on Twitter, which I then documented here. Basically, the traffic was so bad getting to TPC Sawgrass that Bonnalie decided to ride a bike there instead, which he hadn’t done since he was 12 years old.

Soon, everything started to go wrong: he got mud all over himself, he forgot the credentials that he’d need to get on the course and then he learned Dahmen wouldn’t be playing at all that day.

Bonnalie turned around and began his trip back home, but not before stopping at a bar for a banana and a cold beer. The good news is that he did indeed make it back safely and he got to check out some pretty gorgeous houses throughout his journey!

But seriously, the traffic getting to TPC Sawgrass was so bad that Garrick Higgo needed a police escort in order to make his tee time.

Winning is great, but winning surrounded by the people you love is the best. That’s exactly what happened to Cameron Smith on Monday at TPC Sawgrass. Smith hadn’t seen his mom or his sister, who live in Australia, in over two years due to COVID restrictions. That all changed at TPC Sawgrass when they watched him seal the deal at the Players Championship. You can’t help but smile while watching these videos.

That’s all I’ve got for this week! Looking forward to how the Valspar follows up this one.

Wed Mar 16 , 2022
CLEVELAND, Ohio — Tickets for the Cleveland Museum of Art’s upcoming main exhibition, “The New Black Vanguard: Photography in between Artwork and Trend,” will be readily available to users setting up Monday and to the community starting off March 28. The museum introduced the facts about ticket availability Wednesday morning. […] 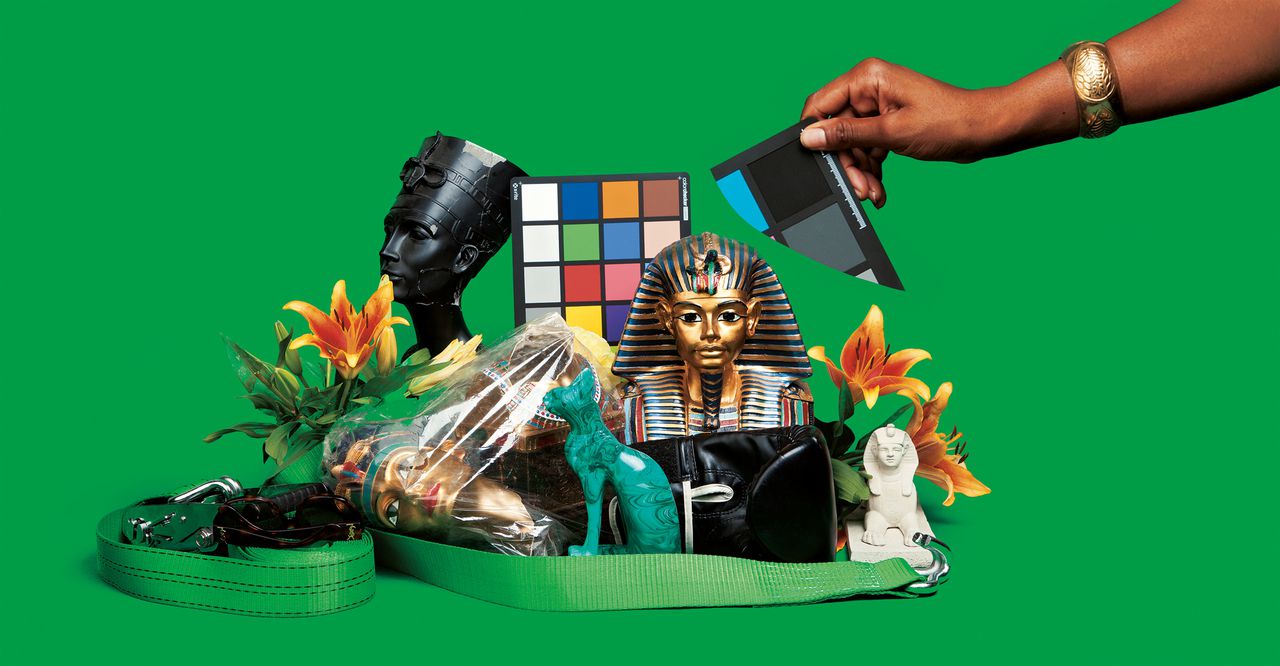