Here’s a selection of highlights, as we pick some of the coolest stuff to inject into your eyes direct from SDCC 2022. We’ll keep adding more as the panels unfold through the weekend.

One of the biggest pieces of news from Marvel’s big Hall H panel: Phase 5 of the Marvel Cinematic Universe is incoming! Black Panther: Wakanda Forever sends off Phase 4, and Ant-Man and the Wasp: Quantumania is officially the first Phase 5 movie.

There’s a whole host of newsworthy info in that single image. Maybe the most important: new Daredevil! Blade release date!

Here’s all the dates for easy reading…

Looking like Marvel is attempting to repeat the Avengers: Infinity War and Avengers: Endgame trick. Marvel also announced not one, but two Avengers movies.

There’s Avengers: The Kang Dynasty and Avengers: Secret Wars. Both are part of Marvel Phase 6. Everyone just needs to relax and give us time to breathe this in. It’s whole thing (i.e. Phases 4, 5 and 6) is already being referred to as The Multiverse Saga.

Folks, this is a lot.

In addition, Fantastic Four is also part of this new Phase 6.

We got our first look at Black Panther: Wakanda Forever. Thankfully, unlike a few other trailers, we actually got to see this one!

Guardians of the Galaxy Volume 3

A Guardians of the Galaxy Vol. 3 trailer was shown but only folks at the Marvel Hall H panel got to see. The big news appears to be the focus on Rocket. The internet is already going wild over “Baby Rocket” appearing in the trailer, which seems to suggest we’re getting a bit of Rocket backstory in the new movie.

We got a brand new trailer for a show we are low key quite excited about — She-Hulk: Attorney at Law.

The big thing every seems super excited about at this point is the appearance of Daredevil.

Ant-Man and the Wasp: Quantumania

Ahead of the big Marvel Hall H panel, we got an early look at an illustrated poster for the upcoming Ant-Man and the Wasp: Quantumania. Does this mean we’re potentially get an early look at the movie today? Potentially. But this movie doesn’t come out till February next year. Still, here’s hoping!

A trailer was shown at the event, but sadly only people attending the show got to see. But look, this is really funny.

The Netflix adaptation of Neil Gaiman’s legendary fantasy comic series is coming on Aug. 5, and the streaming service drummed up excitement by dropping a new trailer on Saturday.

A whole bunch of favorites from Star Trek: The Next Generation will show up in the third and final season of Picard, which got a trailer on Saturday. It’ll stream on Paramount Plus in 2023.

A trailer hinted at what the crew of the USS Cerritos will be getting up to in season 3 of the animated series, which premieres on Paramount Plus on Aug. 25. We’re also getting a crossover episode in season 2 of live-action show Strange New Worlds, which is expected to start in 2023.

Black Adam is bringing DC antihero action to theaters on Oct. 21, and a new trailer hinted at the moral choices Dwayne “The Rock” Johnson’s character will face in the movie.

Shazam: Fury of the Gods

Shazam: Fury of the Gods, the sequel to 2019’s Shazam, will bring more magical superhero action to movie theaters on Dec. 21. It got a fresh trailer during Saturday’s Warner Bros. panel, revealing Helen Mirren and Lucy Liu as a pair of very scary baddies.

Lord of the Rings: Rings of Power

Lord of the Rings: The Rings of Power kicks off on Amazon Prime Video on Sept. 2 and a new trailer gave us another taste of the prequel show. The show is set in the Second Age of Middle-earth, and it sure sounds like big bad Sauron is aiming to spread darkness across the land.

Chris Pine is a plan-making, lute-playing bard, Michelle Rodriguez is a barbarian, Bridgerton’s and The Gray Man’s Regé-Jean Page is a warrior, Justice Smith is a mage, and Sophia Lillis is a shape-shifting druid. They pull off a heist in a fantasy adventure that looks like a ton of fun, complete with classic D&D creatures like dragons, displacer beasts, a mimic, an Owlbear, and Hugh Grant.

Batman spinoff game Gotham Knights is heading to PS5, Xbox Series X and PC on Oct. 25. In the game, you play as Batman’s sidekicks Robin, Nightwing, Red Hood or Batgirl, and at SDCC a new trailer focuses on the latter, aka Barbara Gordon. The in-game footage and cut scenes see the purple-and-yellow-garbed crimefighter showing off her fighting skills, weaponry and glider cape on Gotham’s mean streets.

I Am Groot trailer

Your favorite tree-based superhero returns in this mega-cute I Am Groot trailer.

Marvel’s animated reboot of the iconic ’90s X-Men cartoon will stream on Disney Plus in fall 2023.

Dunno if you’ve heard of this Spider-Man character, but apparently he merits his own animated series. Spider-Man: Freshman Year streams, where else, on Disney Plus in 2024.

What If…? season 2 release date

Animated Marvel series What If…? will return to Disney Plus in early 2023. The first series set up multiverse elements that proved to be important in recent MCU films, so maybe season 2 will also be a testing ground for more cool MCU stuff.

Speaking of What If…?, one of the episodes took us to a branch of the MCU multiverse dominated by the undead. That’s being expanded into an entire Marvel Zombies animated series on Disney Plus — but not until 2024.

When the moon is full, Teen Wolf transforms from a movie and then to a TV show and then a movie again. Streaming service Paramount Plus showed off a new trailer for a movie reuniting the cast of the 2011 TV show, including Tyler Posey, Crystal Reed and Tyler “Superman” Hoechlin. They appeared in 6 seasons of lycanthropic adventures loosely based on the 1980s Michael J Fox film, and now they’re adding shadow ninjas and more supernatural action.

There’s no Nicolas Cage in this Disney Plus TV reboot of the treasure-hunting family adventure movies, but Harvey Keitel and Justin Bartha will appear. The teaser introduces Lisette Olivera as a new generation of tomb raider, sorry, national treasure hunter.

The new Predator movie screened to audiences at SDCC ahead of its streaming release Aug. 5 on Hulu (in the US) and Disney Plus elsewhere.

Streamer Paramount Plus also revealed a clip from a reboot of ’90s-era-defining sniggering metalheads Beavis and Butt-Head, which premieres Aug. 4.

The Wheel of Time season 3

Amazon Prime Video has renewed fantasy series The Wheel of Time, based on the books by Robert Jordan, for a third season before the second season has even begun streaming. Amazon also announced a series of shorts to precede season 2.

Visitors to SDCC can check out costumes from the forthcoming Disney Plus Star Wars series Andor, streaming Aug. 31.

Hasbro showed a higher-end $132 Mighty Morphin Power Rangers Dragonzord, which CNET unveiled ahead of the Boom Studios panel on Thursday. Part of Hasbro’s Zord Ascension Project line, this Dragonzord is able to combine with the earlier Megazord from that line into a Super Megazord and a Battle Mode.

Movies Coming in 2022 From Marvel, Netflix, DC and More

Mon Jul 25 , 2022
Hardworking’ Princess Anne’s stylish cropped white jacket balances elegance with wearability and is the type of piece that could go with anything at all. Hilariously, the one dilemma no reporter has ‘the guts’ to question Princess Anne is associated to her wardrobe – which is these types of a tease, […] 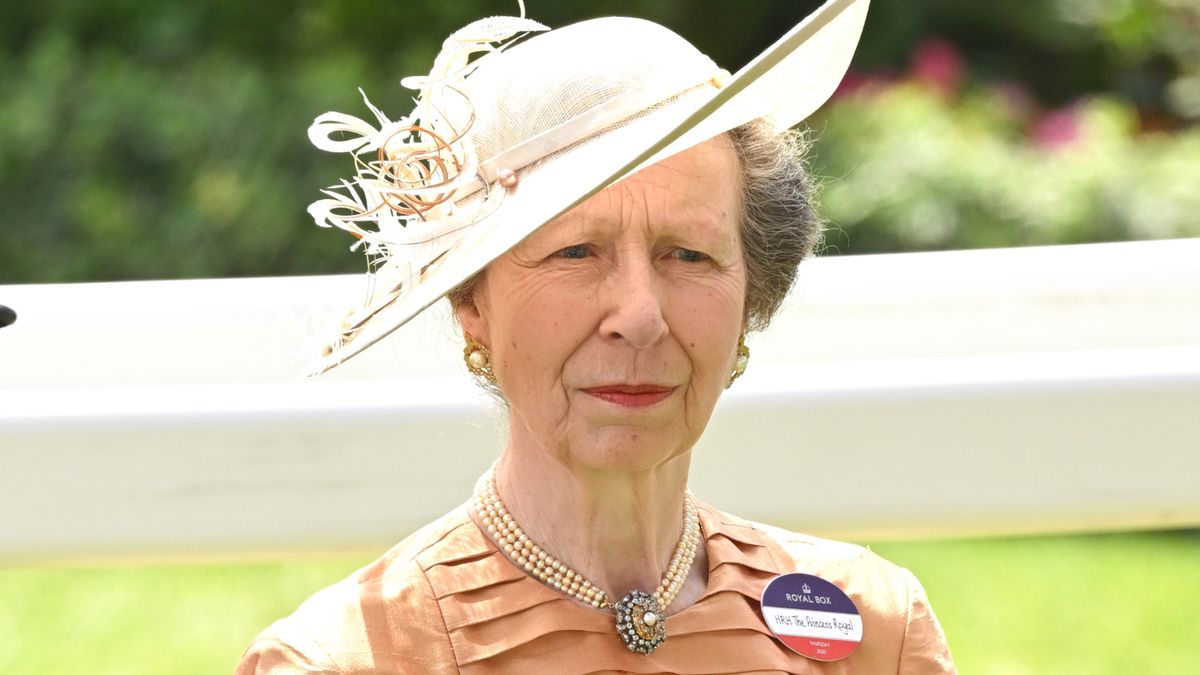