MADISON — Lowell Arnold was ranked second in the state at 152 pounds in Division 2 entering sectionals last Saturday, and the Portage senior didn’t exactly do anything at that tournament to warrant dropping.

He lost in sudden-victory overtime, 6-4, to top-ranked Zane Licht of Lodi in the finals.

Still, the WIAA’s new seeding procedure, a computer model, didn’t reward him with a bye in Thursday’s prelims at the individual state tournament at the Kohl Center.

He thinks he deserved one.

“Yeah, you could say that,” he said. “But I realize I was injured earlier in the season.”

Indeed, missing the first half of the year hurt his résumé.

But he’s in the quarterfinals regardless.

Arnold won 15-2 over Freedom senior Caden Clausen on Thursday to advance to the next round, where he’ll face Brillion’s Garnett Stebane, who did get a bye.

A two-time state qualifier, Arnold missed out last year and came to Madison looking for his first career victory at the Kohl Center.

“So it felt good to get one and work toward tomorrow’s match,” he said.

As for the 15-2 major decision Thursday, he said he could have tried to push for a technical fall but didn’t want to take any unnecessary chances.

“He just ended up going for bigger moves at the end, and I was playing it a little safe not to give up big throws,” Arnold said.

And as for not getting a bye, he said there is an advantage, above and beyond simply being motivated by the slight, to not having to sit around and wait until Friday to take the mat.

“You get to get a match in, you get to work some of that weight off on the first day, it feels good,” he said.

For the second postseason weekend in a row, they had a close match with each other, this time at sectionals; they lead list of 17 from area who are headed to Kohl Center

Should Arnold win on Friday morning and then again Friday night in the semifinals, and Licht does the same on the other half of the bracket, it would make for a thrilling third-match-in-three-weekends between the two — this time for a state title.

The senior mustered just five wins his freshman year. Now he’s 38-9 and headed to the Kohl Center to complete a journey years in the making.

Callen’s career is over

During the prelims at 195 pounds, Callen was pinned in 3:50 by Abbotsford/Colby senior Carter Grewe.

“That kid was a hammer,” Callen said. “He came out there and he was ready to go. It felt like it was a heavyweight boxing match to me. I just wanted to be as tough as I could be.”

Callen said he saw Grewe going for a wrist technique for a pin and couldn’t stop it.

“It doesn’t upset me,” Callen said. “It upsets me that I got pinned like that. There’s nothing I can do about it now.”

Can’t get a better ending

The crowd could’ve played a factor in why Lodi senior Wyatt Ripp had butterflies heading into his prelims match at 220 pounds against Whitewater senior Mason DePorter.

Ripp found himself in a 4-0 hole early on, but 11 unanswered points not only gave him the lead but also the confidence to pin DePorter in 4 minutes, 28 seconds.

“I just have to trust myself,” Ripp said. “I’ve got to go out there and be confident. It’s my first year, going out there wrestling in front of a big crowd. It’s crazy. There is nothing like it. I’m glad I’m here and confidence goes a long way.”

Ripp said in his first two seasons he had been in the upper deck watching his teammates, so being down on the mat Thursday was a whole new experience for him.

“To be out there at that level was a huge difference,” he said.

Now, he will face Richland Center sophomore Teige Perkins in the quarterfinals on Friday.

“It only builds on. It’s only going to get better,” Ripp said. “I’m going to continue to do what I do best — going into the matches, you’ve got to be thinking, ‘What can I do? I know what I can do and it’s going to work.’ I’m going to go out there, take a shot and take them down and work for that pin.”

Also from Lodi on Thursday, heavyweight Brock Beyer suffered a 7-3 loss to East Troy’s Max Hudson in the prelims, ending his weekend.

Just 14 years ago Pardeeville dissolved the program. Now with their second state qualifier in three years and back on their own, the Bulldogs could be barking for years to come.

“I was just trying to get my points and then the last period, I just tried to ride him out and not give up any points,” Becker said.

Becker said he wasn’t nervous going into his first-ever state match, but that the final four minutes were tough.

“I was getting a little tired,” Becker said. “I’ve trained extremely hard and know I have a lot of people beat with endurance.”

He will wrestle De Soto senior Aiden Brosinski Friday morning in the quarterfinals.

“I’m just trying to do my best and see what happens,” Becker said about moving on, needing either a win in that match or a win in the ensuing consolation semifinals to secure a spot on the podium.

Gosda will face Lodi’s Parker Heintz with a berth in the semifinals at stake.

Two others from area bow out

Sent weekly directly to your inbox!

Mon Feb 28 , 2022
Lots of of us have obtained our magnificence routines nailed – we know what we’re undertaking and we do the exact issue on a standard basis. But it turns out that we might need to have a re-think… A Skin Expert has weighed in and instructed us the natural beauty […] 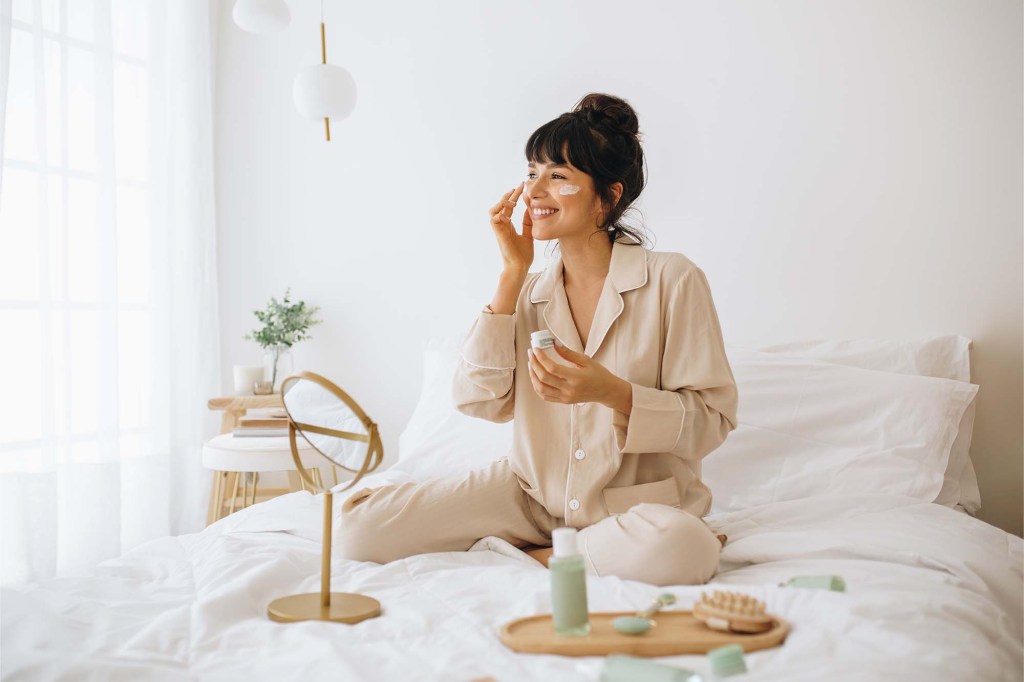