Spider-Man: No Way Home is approaching a 10-day domestic gross of $478 million, which will make it Sony’s best-performing U.S. film in history.

Spider-Man: No Way Home has now swung all the way to the top of Sony’s list of their highest-grossing movies of all time. The film, which is the fourth entry in Phase 4 of the Marvel Cinematic Universe, is the third solo Spider-Man film starring Tom Holland. These films were created by Marvel in conjunction with Sony, who still owns the rights to the character and first struck a deal with the Disney-owned studio to allow him to make his MCU debut in 2016’s Captain America: Civil War.

Although it has consistently trailed behind the even bigger Marvel crossover Avengers: Endgame, which also had the advantage of coming out pre-pandemic, Spider-Man: No Way Home has been smashing records left and right. Since its release on December 17, 2021, just over one week ago, the film nabbed the highest December opening weekend ever and the second best 5-day gross ever, along with a variety of other amazing box office feats. In fact, news came in yesterday that by the end of the weekend No Way Home will cross the $1 billion mark, the first film in the pandemic era to reach that milestone.

Per Variety, Spider-Man: No Way Home is currently projected to close the Christmas weekend with a 10-day domestic total of $478 million. This is a cool $200 million over the second-place domestic contender, Marvel’s Shang-Chi and the Legend of the Ten Rings. Not only that, the 10-day total will make No Way Home Sony’s most profitable movie ever in the domestic box office before it even nears the end of its landmark theatrical run, landing above Jumanji: Welcome to the Jungle‘s previous record of $404.5 million.

$478 million also places Spider-Man: No Way Home at the head of the pack within the Spider-Man movie franchise domestically. It has already broken Spider-Man 2002’s record of $407 million and more than doubled The Amazing Spider-Man 2‘s gross of $202 million. By the time it crosses the $1 billion mark worldwide, it will be a short time before it becomes the most profitable Spider-Man film worldwide, knocking Spider-Man: Homecoming and its $1.1 billion from the #1 slot.

Spider-Man: No Way Home has trounced the depressed box office received by other mid-pandemic films. This is most likely due to the fact that it is harnessing the nostalgia of three completely different branches of the same beloved franchise, all of which have come out in the past 20 years. Three generations of young people have had their own Spider-Man to cherish, and combining those universes has proven to be an enormously compelling technique to gain their interest.

Next: No Way Home Secretly Explains Why Spider-Man Is Always Weaker Than Villains

Brennan (he/him) is a senior writer at Screen Rant and a millennial who knows more about 80’s slasher films than he has any right to. A former host of the Attack of the Queerwolf podcast, Brennan has been writing and podcasting about pop culture (especially horror films) for a decade.

Brennan’s interests also include the Muppets, bubblegum pop from around the world, and reading (especially Jane Austen, Agatha Christie, the manga of Junji Ito, and novels of magical realism). His favorite film directors are Wes Craven and Pedro Almodóvar.

When artists go on 60 Minutes

Mon Dec 27 , 2021
Every once in a while, an artist creates work so bold that it makes the world—and “60 Minutes”—stop and take notice.    Just as their mediums differ, the artists “60 Minutes” has profiled also have varying perspectives on what their work means. Some artists believe art should be nothing more […] 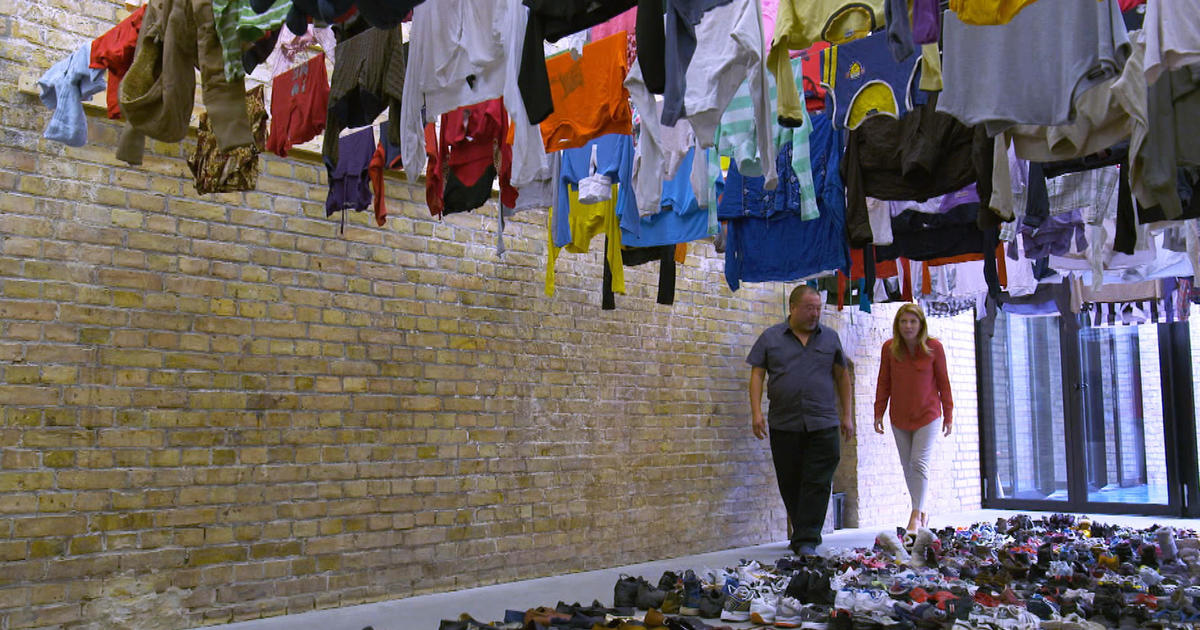