“We are honored to welcome this powerhouse group of industry professionals into our Music City headquarters,” said David Zedeck, partner and co-head of global music. “The collective breadth and scope of our new colleagues will be a tremendous addition as we continue to expand our footprint in Nashville and beyond.”

Emily LaRose joins the agency with close to 10 years’ experience working across multiple genres; she comes to UTA from WME and previously worked at CAA and APA. Marissa Smith has worked with clients such as JP Saxe, Gayle and and Daniel Blume; she also joins from WME. Elisa Vazzana joins as a music agent in the country fair and festival space; most recently she worked at CAA for over 14 years. Amy Lynch and Brandi Brammer also join from UME, and Emily Wright was previously with CAA’s music brand partnerships department for nearly 10 years.

+ Quality Control announced today the addition of Lauren Walsh as executive VP of branding and marketing at Solid Foundation Management, the management services arm of Quality Control. With over 20 years of experience in the world of brand strategy and sports marketing, Walsh has worked with a wide array of NFL, NBA, and MLB players.

Quality Control co-founder Pierre “P” Thomas says, “Lauren has a strong passion for giving back to the next generation of young men and women who want to build successful long-term careers in sports and entertainment. Her passion for aligning talent with high quality brands that share their values perfectly aligns with the principles that are the foundation of Quality Control.”

UTA has signed Poison frontman Bret Michaels in all areas.

“Bret Michaels is a true multi-hyphenate. From music and branding, to sports and reality tv he brings 1000% to all his business endeavors and we are honored to welcome him to our roster,” said David Zedeck, partner and co-head of global music. “Bret is an enduring superstar whose impact on the entertainment landscape has continuously grown and remained relevant throughout his career.”

Michaels added, “I am honored and excited to sign and partner with UTA.  Their forward thinking, big picture vision, work ethic and energy is the perfect match for my have fun and get it done, bet on yourself mentality.”

Jackie Post has been named the new venture’s head of publishing; the first songwriter signed to Connection Music under this joint venture is Edie Bens, a 21-year-old songstress from Wales whose debut release is due out next year.

Warner Chappell Music Co-Chair/ CEO Guy Moot and Co-Chair/ COO Carianne Marshall said: “Glassnote has created a world-renowned record label with Grammy Award winning artists like Mumford & Sons and Phoenix as part of its repertoire, and that strong legacy of serving as a home to some of the best in the music business is sure to continue with Glass’s latest venture, Connection Music Publishing. With Jackie Post at the helm, we couldn’t be more excited to be in business with this team.”

Glass said, “My long-time friendship and professional relationship with Carianne and Guy has now come full circle. We are proud to be working with their stellar team to help our songwriters grow.”

+ QC Sports, sister company of the Atlanta-based powerhouse Quality Control Music, has announced the launch of its new QC Sports Basketball Division. The company also announced the addition of veteran agent Derrick Powell as global head of basketball. As one of his first accomplishments at QC Sports in 2021, Powell has successfully negotiated the 5 year $100M dollar contract extension of veteran center Jarrett Allen with the Cleveland Cavaliers, according to the announcement.

Quality Control co-founder Kevin “Coach K” Lee says, “Partnering with an industry veteran that has the experience, credibility, proven track record and commitment to clients that Derrick has is perfectly aligned with the QC Sports brand.”

Powell notes, “QC is the most authentic brand in today’s culture. I am truly honored and beyond excited to be a part of the amazing team that Coach and P have built at QC Sports. But mostly I am ready to get to work and continue to build on the legacy of Quality Control.”

Gray and Jones jointly said: “It has been our pleasure to see Lillia become one of the most successful publishers in the music industry. Her ability to both sign and develop talented writers and producers is reflected in her chart successes over the past four years.”

Fader CEO and co-founder says, “As we continue to expand and see success with Fader Label, there has been strong inbound interest from the independent artist community in what we are offering. It has been incredible to be able to help truly deserving artists get started. We set up Fader Distribution to create a tier of service to aid independent artists that are in the very early stages of their development.”

+ Entertainment and media collective 3V Method has announced its partnership with Sony Music Publishing to sign publishing deals with its artists/songwriters Sean Leon and Erick Serna. Leon is a co-writer of Justin Bieber’s “Peaches” and Serna has cowritten songs for Dnce, Sia, Kelly Clarkson and others.

3V Method CEO Alex Valenti says, “This partnership with Sony Music Publishing allows him to further propel his creation process to a new level. I am excited to have Katie Welle and Will Skalmoski as key members of this team. This is going to be a big year for Sean and team and I’m grateful to be part of the journey!”

+ Artist development company Godmode, which works with suchs artists as JpegMafia and Channel Tres, has launched a publishing company in a joint venture with Hipgnosis Songs Group. Under the joint venture, Godmode and Hipgnosis Songs have been developing TikTok star Emmy Hartman.

“Songs are the atomic unit of what we do,” says Talya Elitzer, who co-founded the company with Nick Sylvester. “Just like our artist work, we’re looking forward to surfacing and cultivating the kinds of songwriters who change what a song is allowed to do.”

“Yoko brings with her incredible negotiating skills and deep connections in the artist community,” said Singh. “Jason has a proven track record in working with major artists and brands. Together they form a new core deals team at Create that will play a pivotal role in our expansion plans.”

Serendipity strikes for Simon Rex as an adult-film antihero

Thu Dec 9 , 2021
NEW YORK — Simon Rex, in town for the recent Gotham Awards, where he was nominated for outstanding lead performance in “Red Rocket,” was comparing today’s pandemic-scarred New York with the city he knew in the 1990s as a VJ on MTV. “Times Square was like pimps and sex booths […] 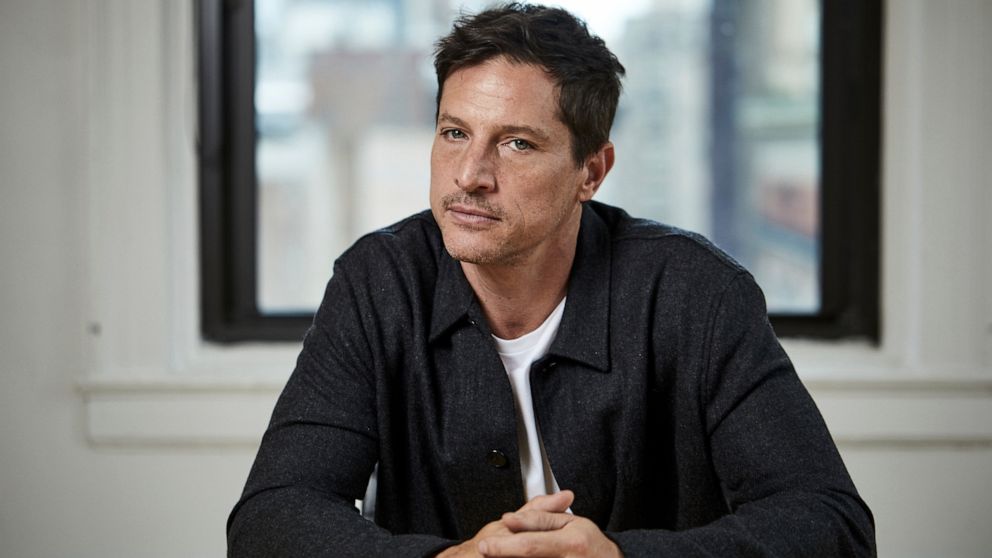