As we end the year the same way it began — with concerns of yet another COVID-19 surge — it’s time to look back on the last 12 months of Memphis music. Certainly, the pandemic and its effects continued to be a major story — as they impacted everything from live music to the manufacture of records in 2021. Locally, there were numerous notable developments, projects and, sadly, tragedies that dominated Memphis music culture.

The death of Young Dolph

While 2021 proved to be another banner year for Memphis rap — on the charts and in the culture — the headlines were largely dominated by legal troubles and tragedies in local hip-hop.

Without a doubt, the biggest story in Memphis music was the November murder of rapper Young Dolph.

Dolph was killed after two suspects fired through the window of Makeda’s Homemade Butter Cookies in Memphis. The investigation into his Nov. 17 death is ongoing.

Born in Chicago, Dolph moved to Memphis as an infant. He launched his career with a series of mixtapes beginning in 2008. In recent years, Dolph had moved up the hip-hop ranks and Billboard charts, starting in 2016 with Gold-certified hits like “Play With Yo B****” and “100 Shots,” while his latest album, 2020’s “Rich Slave,” peaked at No. 3 on the Billboard charts.

YOUNG DOLPH REMEMBERED:Music, Memphis impact and much more: What Young Dolph meant to his fans

In addition to his solo work, Dolph had teamed up with fellow Memphis rapper Key Glock for a pair of hit “Dum and Dummer” albums in 2019 and 2021, and he had been featured on a range of tracks by the likes of O.T. Genasis, Gucci Mane and Lil Durk, among others.

Ultimately, Dolph would go on to build his own hip-hop empire independently, as he established himself as a solo act and head of his own company, Paper Route Empire. Along with Key Glock — who is Dolph’s cousin by marriage — other signings to the label have included Memphis rappers Snupe Bandz, Paper Route Woo and Big Moochie Grape.

Dolph’s violent end and the deep outpouring — locally and nationally — in its aftermath dominated the news during the waning weeks of 2021. Dolph’s memorial event at FedExForum in December brought a conclusion to what will be looked back on as particularly difficult and emotional period in the city’s hip-hop history.

THE FUTURE OF MEMPHIS RAP:Memphis was in a rap renaissance when Young Dolph died: What’s next for the industry?

In January, rapper Pooh Shiesty seemed destined for a big year with the release of his mixtape “Shiesty Season.” Handpicked by rapper-mogul Gucci Mane to sign to his The New 1017 label, Shiesty saw his record hit the Billboard charts, placing at No. 4, while his video for the single “Back in Blood,” hit the No. 1 spot on YouTube’s U.S. video charts. A month later, Shiesty publicly mourned the passing of his brother, fellow hip-hop artist TeeDa P, who had gained notice for his own music since releasing a series of singles in 2019 and a 2021 album, “Halftime.”

Shiesty also continued to face a series of legal hurdles that started in late 2020 and landed him in a Florida jail this summer. In October, he agreed to plead guilty in connection with an armed-robbery case in the state. The 22-year-old Shiesty — real name Lontrell Williams — had faced a possible maximum sentence of life in prison if he’d been convicted of using a firearm “in furtherance of another federal crime of violence,” the most serious of the charges against him in a four-count federal indictment.

Sentencing in Shiesty’s case is expected to take place sometime early in 2022.

The rise of Moneybagg Yo

Before Moneybagg Yo’s album “A Gangsta’s Pain” topped the Billboard charts earlier this year — twice, in fact — the last Memphis artist to achieve the No. 1 spot was pop superstar Justin Timberlake.

Beyond the charts, Moneybagg’s profile also got boosts from much publicized romantic relationships with rapper Megan Thee Stallion and Instagram model Ari Fletcher. Since connecting with Yo Gotti several years ago, Moneybagg has been building his brand with LPs like “43va Heartless” and “Time Served,” with the latter album going gold.

MONEYBAGG YO IN MEMPHIS:Moneybagg Yo thrills Memphis crowd at homecoming concert

This year “A Gangsta’s Pain” took him to new levels, and this summer he followed up with a hometown shoutout to Grizzlies star Ja Morant on the single “Rookie of the Year.” With his own Bread Gang label looking to expand and sign on new talent, ‘Bagg looks to build on his 2021 success.

Although he would announce, then postpone, the release of a new album, “CM 10: Free Game” in 2021, Yo Gotti continued to solidify his status as the key figure in the ongoing Memphis rap renaissance.

In addition to having released four straight albums that have debuted in the Billboard Top 10, he’s been instrumental in nurturing the careers of many of the city’s young hip-hop stars, including Moneybagg Yo and Blac Youngsta, as the head of the CMG label.

In June — after years working with Sony/Epic — Gotti announced a new partnership with major label collective Interscope/Geffen/A&M which will work CMG’s acts, including new signees like 42 Dugg and EST Gee. He followed that up with news that he had purchased a stake in Major League Soccer franchise D.C. United.

Although the new release date is still unconfirmed, Gotti’s “CM 10: Free Game” is expected to see the light of day in early 2022.

Even in a city filled with unique music amenities, the opening of the Memphis Listening Lab this summer marked the arrival of a remarkable new resource.

Located in the Crosstown Concourse, the Memphis Listening Lab is a nearly 3,000-square-foot audio library. Operating as a nonprofit, the Lab’s contents are built around the collection amassed by John King, a co-founder of Ardent Records, a longtime Memphis music promoter, radio historian and ravenous record collector.

King’s gift of 30,000 45 rpm singles, 10,000 LPs, 20,000 CDs and more than 1,000 other pieces of musical ephemera form the foundation of the Lab — which also features an events space, a dedicated listening room and other amenities including a podcast studio/editing room, that are free and open to the public.

The Listening Lab is part of a group of philosophically linked resources at Crosstown, which includes the year-old free format radio station WYXR and the soon-to-open Southern Grooves recording studio, owned by Grammy-winning engineer/producer Matt Ross-Spang. Run by longtime University of Memphis special collections librarian Jim Cole, the Lab has already proven to be a unique hub of music culture in Memphis, hosting events, including record release parties, book signings and educational seminars.

Over the last few years, Watson — the longtime Fat Possum label executive who helped usher in the Hill Country Blues revival in the ’90s and has documented a variety of Memphis acts on his own Big Legal Mess label — has been digging deep into Memphis’ lost gospel history. In particular, Bible & Tire has been re-examining the archives of Pastor Juan D. Shipp’s D-Vine Spirituals label through a series of reissues, and also putting out new albums by the label’s “rediscovered” artists like Elizabeth King.

This year Bible & Tire put out a new project from another D-Vine veteran, Elder Jack Ward. The 83-year-old Ward’s first recording in more than 50 years, “Already Made,” was released in August to rave reviews nationally.

Ward, King and Bible & Tire’s house band, The Sacred Soul Sound Section, capped the year with a concert showcase at the Crosstown Theatre earlier this month that doubled as a celebration of the music and marked the premiere of a new documentary film on D-Vine, which is expected to have a wider release in 2022.

Few developments in Memphis music and culture this year carry as much long-term potential as the announcement in July that local Black arts organizations Unapologetic and Tone were transforming the disused property at 2205 Lamar — the former United Equipment building — into a mixed-use arts, business and community development called Orange Mound Tower.

The brainchild of James Dukes, aka producer IMAKEMADBEATS, Unapologetic’s growing record label and clothing business has been one of the more exciting stories in local hip-hop over the last half-decade. Along with Tone, Unapologetic’s ultimate plans for the building include creating a mixed-use community-based arts, business and innovation hub, one that will satisfy both their organizational needs and create something much bigger for the residents of Orange Mound.

The multiyear, multimillion-dollar project is expected to shift into high gear by mid-2022.

In 2021, Memphis-bred pop superstar Justin Timberlake continued to strengthen his ties with one of the Bluff City’s historic musical institutions, Stax Records.

In January, Timberlake was one of the top-billed stars on the “Celebrating America” broadcast, marking the inauguration of President Joe Biden. The 90-minute special, hosted by Oscar winner Tom Hanks, also featured performances by Foo Fighters, Katy Perry and John Legend, among others.

Timberlake duetted with up-and-coming artist Ant Clemons on their joint single, “Better Days.” The segment was shot in and around the South Memphis campus of Soulsville, home to the Stax Museum of American Soul Music and historic site of Stax Records. The students of Stax Music Academy were also featured, serving as the backing choir for the performance.

Back in 2019, as part of a Levi’s-funded initiative, Timberlake installed a creative space called “The Song Lab” in the Stax Music Academy building in South Memphis. At the time, Timberlake surprised students with a two-day workshop that also featured noted producers Timbaland and Rob Knox and Memphis guitarist Elliot Ives, while the singer pledged to contribute $100,000 toward a scholarship fund for SMA students.

In the spring of 2021, Timberlake was back at it, as he and a team of his associated producers, musicians and industry figures helped guide SMA students through two-month creative class and mentorship program, called the “All Star Song Lab.” With Timberlake participating, and sessions continuing safely online, eight Stax Music Academy students were invited to take part in the program.

The “All Star Song Lab” effort saw Timberlake further grow his already deep relationship with the Stax Music Academy.. The 2021 “All Star Song Lab” program — which Timberlake funded, and which was produced by creative agency Imprint Projects — was designed to work “with students specifically interested in songwriting and production and offer mentorship from Justin as well as his music collaborators in the industry.”

Thu Dec 30 , 2021
Remaining tucked in at dwelling above the New Year’s Eve weekend? Don’t blame you. Homebodies can celebrate by checking out 15 of the concealed film gems that have been introduced this yr. All are available to stream. “Margrete — Queen of the North”: Let’s see a demonstrate of palms from […] 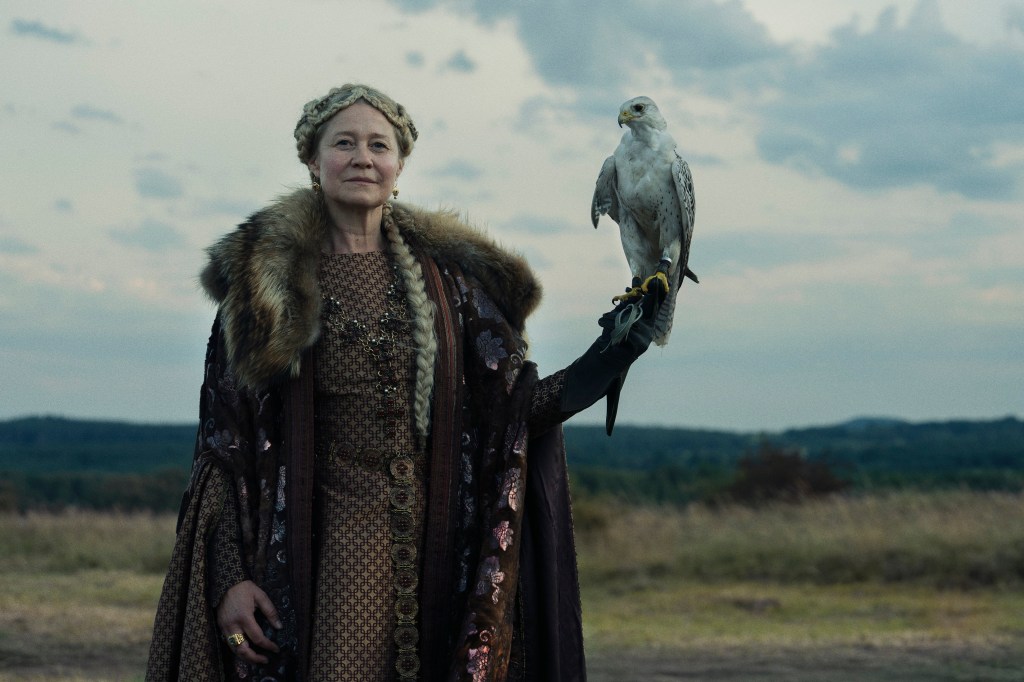