He rubbed shoulders with royalty, commanded respect around the world and was beloved by his community.

Mr Wanambi, a Yolngu cultural leader from north-east Arnhem Land and internationally-renowned artist, died this week at the age of 59.

A leader of Marrakulu/Dhurili people, Mr Wanambi lived and worked in Yirrkala, 900 kilometres east of Darwin.

The Yirrkala community and many in the art world are in deep mourning following the death of Mr Wanambi, whose body of work and artistic vision, especially with digital works, had no peer in contemporary Australian art.

“He was an artist, he was a respected cultural man, he was a friend to so many, and he was great fun,” Joseph Brady of The Mulka Project said.

“He was full of life and love. He had a lot of time for a lot of people and always lit up a room. His shoes will never be filled.”

Born in 1962, Mr Wanambi’s bark paintings and Larrakitj — memorial poles made from trees — gained prominence in the art world after he was granted cultural authority to create works.

“Mr Wanambi was a remarkable leader, a national and international advocate for Yolngu people, and a brilliant innovator,” Rebekah Raymond, the Museum and Art Gallery of the Northern Territory’s curator of Aboriginal art and material culture, said.

“He mentored the next generation and was generous with his knowledge, culture and vision. It is truly difficult to summarise the monumental legacy Mr Wanambi leaves behind. He will be deeply missed.”

His work with Larrakitj in their natural form, rather than altering the trees, is believed to be among the first of its kind.

In 2018, Mr Wanambi won the Wandjuk Marika Memorial 3D Award for his work ‘Destiny’, an installation of Larrikitj and video projection.

With a strong background in filmmaking, Mr Wanambi harnessed these techniques with archival material to create groundbreaking digital works.

He was prominent in founding The Mulka Project — a collection of multimedia artists and a Yolngu cultural knowledge centre — and was the project’s long-time cultural director at the time of his death.

“He was massively progressive in the way that he pushed his art into realms that are very non-traditional, but because he had that strength in his painting and in his cultural identity, he was completely comfortable with moving into these realms,” he said.

“There is nobody else in the art world, especially from here, who is as prolific across so many mediums as he is.”

As Mr Wanambi’s work rose to prominence and he gained more exposure to galleries and exhibition spaces, both in Australia and internationally, he would go on to execute an ever-expanding vision to animate his work.

“He started taking his fish which he paints … out at his ancestral homeland, where he paints schools of sea mullet … [and came up with ways] to bring these fish to life,” Mr Brady said.

From his NATSIAA-award winning ‘Destiny’, the scope of Mr Wanambi’s work, as he blended traditional and digital forms of Yolngu art, continued to evolve.

His installation at the Tarnanthi festival at the South Australian Museum, Mr Brady said, was an example of how Mr Wanambi continued pushing artistic boundaries with a vision so technically exacting as to often feel unachievable.

“We ended up creating a work that people could walk through and scatter fish. And if you stayed still, you would become like his Larrakitj and the fish would swim around you,” he said.

Mr Wanambi’s next digital creation was exhibited at the 22nd Biennale of Sydney, where he developed his concept to add fish on the wall of his installation.

Mr Wanambi was exhibited across the world, travelled widely, and has been remembered for making friends, sometimes exalted ones, wherever he went.

“[Prince Charles and Mr Wanambi] hit it off when he visited the British Museum and as a result of that … Prince Charles made a special visit to Yirrkala when he came to Australia and spent the day with our friend,” Will Stubbs, coordinator at the Buku-Larrnggay Mulka Arts Centre, said.

“They were giggling the whole way through. [Prince Charles] was just another human, but a human who responded to him.”

Mr Wanambi was also regarded for his efforts to repatriate work to the Yolngu people as well as his immense influence as a cultural advisor to art institutions.

Mr Stubbs said the loss of Mr Wanambi was being felt on a global level.

“We’ve been flooded with condolences from all over Australia and all over the world,” he said.

A range of exhibits showcasing Mr Wanambi’s work are expected to come.

“There are a number of shows to be presented in the future that will be something of a memorial to him,” Mr Stubbs said.

Sat May 7 , 2022
By Matthew TuckerBBC News The winners of the 37th Association of Photographers (AOP) Awards have been revealed, with images on a range of subjects, including lockdowns during the pandemic. Image source, Michael WharleyImage caption, Gold winner of the AOP Documentary category: Classical Beats on Brixton Streets – The Brixton Chamber […] 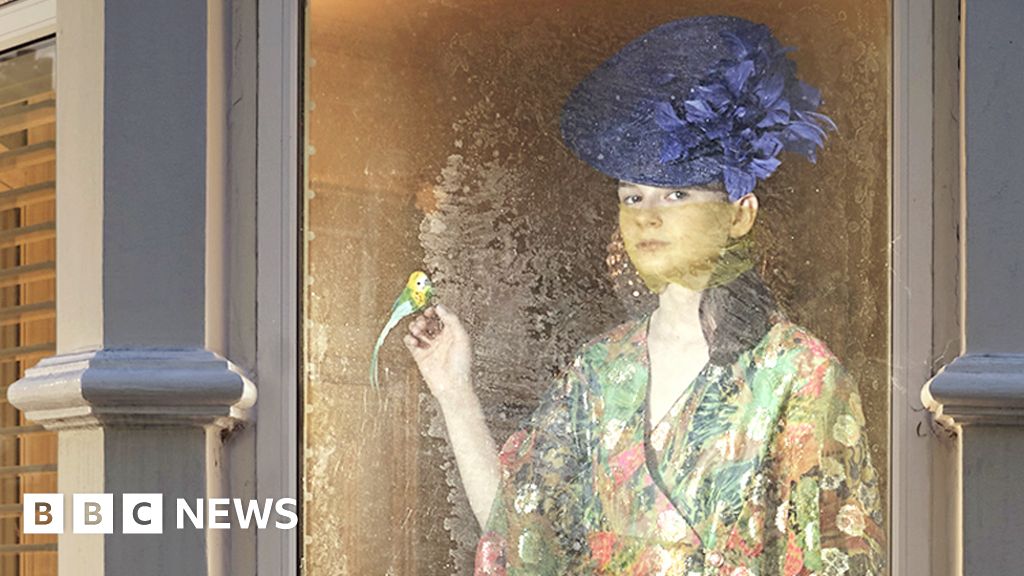