After half a year on exhibit in Charlotte, the Immersive Van Gogh closed with record-breaking numbers and made over $400,000 for local artists, including in related sales of their work, organizers said.

Immersive Van Gogh closed Sunday at the Ford Building in Camp North End, with a record of more than 1,600 performances and selling more than 300,000 tickets in Charlotte, Blumenthal Performing Arts said Tuesday in a news release.

The Blumenthal partnered with the international immersive digital art show from Lighthouse Immersive. It was one of the first major art events in Charlotte since the COVID-19 pandemic began nearly two years ago.

“We exceeded every expectation we had for Immersive Van Gogh in Charlotte,” Blumenthal CEO Tom Gabbard said. “When we set out to bring this exhibition to Charlotte, we were looking for an outside-the-box way to reconnect the community with artistic experiences that had been put on pause at the beginning of the pandemic.”

Originally set to play from June through Sept. 12, the exhibit was extended three times because of its popularity.

The exhibit space at the 76-acre, mixed-use development had a gift shop for show items and from local artists, and also showcased 15 Charlotte-area artists’ works in a separate gallery that included murals and larger-than-life sunflowers.

“Being a professional working artist myself, I know how devastating the pandemic has been on the arts,” said Bree Stallings, director of artistic experiences for Blumenthal, in the news release. “Through Immersive Van Gogh, we have seen how this approach benefited both Charlotte artists and audiences.”

Stallings said the exhibit was an opportunity to highlight local talent. The youngest artist paid to participate was 16 and Hasty Ladies, works by three Charlotte women, sold 4,000 merchandise items — the highest number sold by an artist or group.

Through work with the exhibit, some of the 15 local artists-in-residence found other large projects to work on and their artwork reached more people, including 3,400 tickets subsidized for students, teachers and other residents.

Local artists made more than $400,000, according to Blumenthal.

“Most importantly, I’ve had artists tell me that this opportunity has helped them to eat and pay rent during this tumultuous and uncertain time,” Stallings said.

And it’s unlikely such an art experience will be the last in Charlotte.

“The impact of this experience across multiple pockets of the community… has inspired us to explore introducing more immersive experiences into our future programming,” Gabbard said.

Immersive Van Gogh by the numbers

▪ 78% of tickets were purchased by new customers who have never before attended an event at Blumenthal Performing Arts.

▪ Nearly 10% of tickets were bought by repeat customers.

▪ 46% of ticket buyers were from outside of the Charlotte area.

▪ The exhibit employed more than 200 people.

▪ More than $40 million was generated by ticket buyers and related expenses on tourism, hotels, dining and parking, according to Blumenthal.

To create the atmosphere of Van Gogh in the public space, 15 local artists-in-residence — the most of any city hosting the exhibit — used:

▪ More than 600 yards of printed fabric

The 360-degree immersive exhibit opens in March in Raleigh, the News & Observer reported.

Catherine Muccigrosso is the retail business reporter for The Charlotte Observer. An award-winning journalist, she has worked for multiple newspapers and McClatchy for more than a decade.

Wed Jan 5 , 2022
Mo Gilligan is donating his cost for hosting the 2022 BRIT Awards with Mastercard to charity. The 33-calendar year-old comedian has taken around from Jack Whitehall as the compere for the once-a-year audio awards ceremony, which returns to The O2 arena in London on February 8. And the British funnyman […] 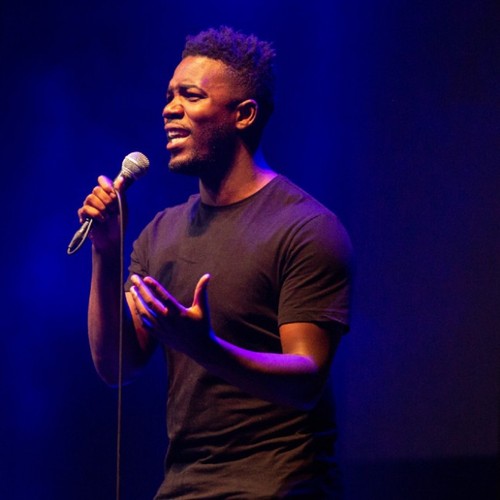