It’s December and pretty much every network and streaming service seemingly has a show aimed at spreading holiday cheer. For those looking to skip re-runs of Christmases past, there’s a bounty of fresh shows and specials targeted to traditionalists, romantics and family friendly entertainment.

For those hungry for more, or just plain hungry, this guide has you covered on some of the notable musicals, romcoms, animated and cooking shows airing and streaming throughout the holiday season.

All times are Eastern Standard Time.

“Santa Camp,” HBO Max. This documentary follows the non-profit New England Santa Society, made up of more than 100 professional Christmas performers, who decide to tackle the lack of diversity among Santa stand-ins at their annual summer camp in New Hampshire. The group enlists a Black Santa, a Santa with a disability, and a transgender Santa to help make playing Santa more inclusive.

“The 12 Days of Christmas Eve,” Lifetime. Kelsey Grammer co-stars opposite his daughter, Spencer Grammer, in this fresh take on “A Christmas Carol,” as a successful businessman who is so caught up in success, he forgets about what really matters in life, family. When he gets into a car accident on Christmas Eve, he gets 12 tries at redoing the day over to make things right.

“Christmas with You,” Netflix. Freddie Prinze Jr. plays a single dad and music teacher named Miguel, whose daughter Cristina is a massive fan of the pop star Angelina (played by Aimee Garcia). What Cristina doesn’t know is that Angelina’s career is in jeopardy, and she is in danger of being dropped by her record label if she doesn’t release a new hit soon. When Angelina stumbles upon a video Cristina posted online of her singing one of Angelina’s songs, she decides to go meet her for an ego boost. Angelina meets Miguel and offers to help him — and herself — by writing a holiday song with him.

How to watch: In theaters Friday; on Apple TV+ Dec. 9

In March 1863, two months after President Abraham Lincoln issued the Emancipation Proclamation, a Black man known as Peter (other accounts name him as Gordon) escaped a Louisiana plantation, endured 10 days in alligator-infested marshes and found his way to Baton Rouge, where he received medical attention and soon enlisted in the Union Army. His survival alone is an astonishing story, but what immortalized him was a photograph of the raised welts and scars crisscrossing his back, brutal evidence of a lifetime of whippings. The widely circulated image, variably referred to as “Whipped Peter” or “The Scourged Back,” is credited with fueling the abolitionist movement at a crucial Civil War midpoint, igniting the outrage of Northerners who had never seen the horrors of Southern slavery up close.

Director Antoine Fuqua and his star, Will Smith, reenact the shooting of that photograph toward the end of “Emancipation,” their swampy, sloggy action-movie treatment of Peter’s journey. Fuqua doesn’t show us the lashings that produced those scars, leaving them to the imagination of an audience presumably acquainted with, and likely exhausted by, the many grueling depictions of racist violence in movies and TV series. The pointedly titled “Emancipation” means to focus on acts of physical and spiritual defiance, and it dramatizes the apparatus of chattel slavery primarily to show that apparatus being subverted or overthrown. Here, even a cotton gin can be repurposed as an instrument.

Rating: TV-MA (may be unsuitable for children under age 17)

“George & Tammy,” which premieres Sunday on Showtime, stars Jessica Chastain as Tammy and Michael Shannon as George. Written by Abe Sylvia (who also wrote the Chastain feature “The Eyes of Tammy Faye”) with daughter Georgette Jones’ “The Three of Us: Growing Up With Tammy and George” as the optioned source material, the limited series keeps the focus on the years when the two were in and out of each other’s lives.

As biopics go, “George & Tammy” is better than most, beautifully acted, nicely filmed, full of music and not lacking for crazy, infamous events. (The Driving a Tractor to Get a Drink Scene, George Taking a Shot at reformed drinking partner Earl “Peanutt” Montgomery, played by Walton Goggins — they’re here and much more.) But a series that claims to represent real historical events can lead one to wonder, distractedly, what truly happened and what was embellished or didn’t happen at all.

Looking for more streaming and movie options — or just want to get caught up on the latest entertainment news?  Look no further:

Now that it’s December, we can confidently say that the Christmas (or whatever holiday you celebrate) season is here. Which means a slew of new holiday content to stream, if you haven’t been mainlining Hallmark holiday movies already.

The members of Fleetwood Mac have released a joint statement honoring their longtime friend and bandmate Christine McVie. The British vocalist and keyboardist died Wednesday at a hospital after experiencing “a short illness,” her family announced. She was 79. “There are no words to describe our sadness at the passing of Christine McVie,” the Fleetwood Mac statement said. “She was truly …

Kim Kardashian and Ye have reached a settlement in their divorce, averting a trial that had been set for next month, court documents show.

A stage musical about woke princesses that uses hit songs by Britney Spears will land on Broadway this summer. “Once Upon a One More Time,” featuring Spears’ tunes, including “Oops!… I Did It Again,” “Lucky,” “Stronger” and “Toxic,” will start performances in May at the Marquis Theatre. The musical has an original story written by Jon Hartmere about classic fairy tale princesses — Cinderella, Snow White and Little Mermaid, among them — who are transformed after reading “The Feminine Mystique,” a landmark feminist text. “Once Upon a One More Time” first played at The Shakespeare Theatre Company,. The cast will be announced at a later date.

“The Wiz” will ease on down the road back to Broadway in an all-new adaptation set for 2024. But before its return to New York, the Tony Award-winning musical will kick off a national tour next year in Baltimore, where the original production debuted in 1974. The “entirely reimagined revival” will be helmed by theater vet and Black Theater United founding member Schele Williams (“Motown the …

Robert Downey Jr. examines the life of his father, iconoclastic underground filmmaker Robert Downey Sr., in “Sr.,” an intimate portrait of aging, parenthood and the way creativity is passed down through generations. It’s not quite warm and fuzzy but it is heartwarming, and Downey Jr. — one of the world’s biggest movie stars, but also one of the most guarded — lets his defenses down and gives …

The son of a disapproving mother heads off to boot camp to “make himself a man” — big quotes around that phrase — in “The Inspection,” a tough drama that takes a while to find its center. Even if the movie spends most of its time dealing with the ins and outs of basic training, its depiction of the relationship between mother and child is what, eventually, represents the beating heart of the …

Premiering this week on Disney+, whose corporate parent conveniently acquired the property in its ingestion of Lucasfilm, “Willow” is a series-long sequel to the 1988 fantasy film in which an aspiring sorcerer (Warwick Davis in the title role) from a race of little people sets off to deliver a human baby, found like Moses in the bulrushes, into responsible large-people care. There are a lot of …

Ultraviolence at the holidays takes on many forms. I’ve seen children tear open presents in ways that would garner a hard-R rating for graphic, disturbing intensity. At the movies, I’ve seen what some of you have seen — “Dead Snow,” for example. It’s technically an Easter movie, but all that snow makes it feel Christmassy. Norwegian director Tommy Wirkola’s 2009 festivus of gore imagines the …

In the summer and fall of 2022, “Bros” and “Fire Island” made inroads as high-profile gay rom-coms, queering the familiar genre. Now, arriving just in time for Christmas, we have “Spoiler Alert,” a heart-rending holiday weepie about two men in love, facing cancer together. Based on the memoir by TV journalist Michael Ausiello, “Spoiler Alert” tells the story of Ausiello’s marriage to Kit …

Receive the latest in local entertainment news in your inbox weekly!

Sun Dec 4 , 2022
Leslie Forrester, executive director of the Springfield Regional Arts Council, joined us this early morning on Arts Information to converse about the return of the agency’s yearly “$100 & Beneath Art Marketplace.” “We’re kicking off the holiday getaway period with our annual getaway ‘$100 & Under Art Marketplace,’ which will […] 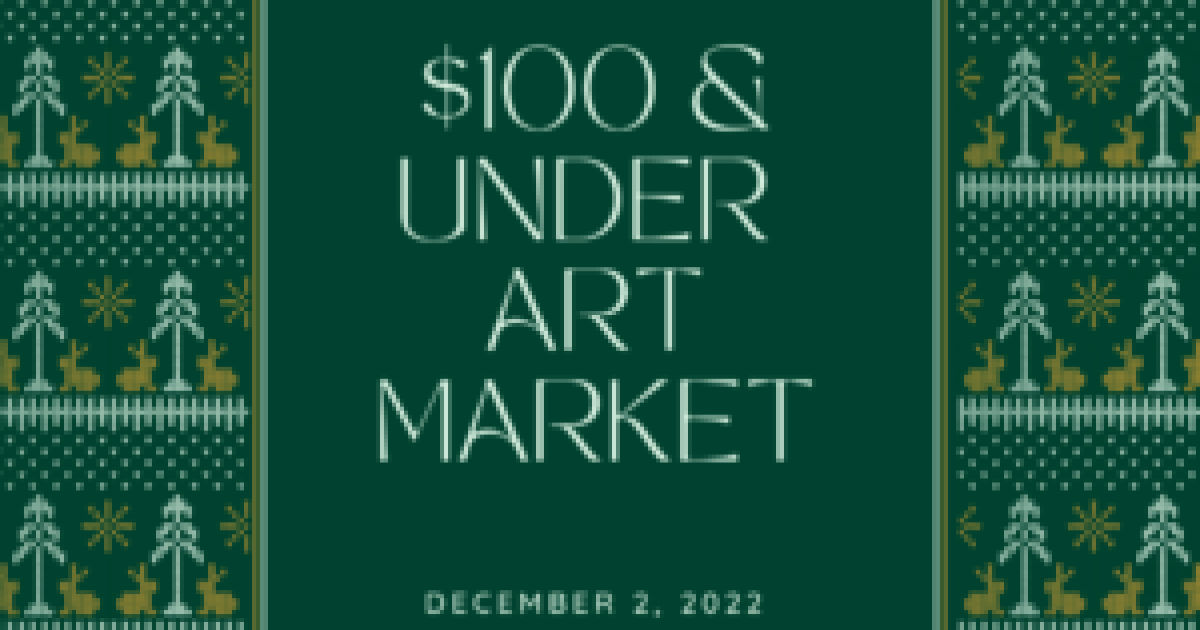