Boulder’s Local Theater Company, which was founded in 2011 but really found its footing during the pandemic shutdown, has announced an unusual leadership transition from a single artistic director to a triumvirate.

Under the plan, Nick Chase and Betty Hart will join founder Pesha Rudnick as co-Artistic Directors. Shared-leadership models are not all that uncommon in the Colorado performing arts, notably at the disability-affirmative Phamaly Theatre Company. But Local is embarking on a unique plan tailored for its mission to discover, develop and produce new American plays.

Hart, already the president of the Colorado Theatre Guild (an advocacy group for local theater), becomes the 17th Colorado theater leader to be appointed to an artistic-director position since October 2017 (the fall of Harvey Weinstein). Hart will be in charge of new-play development and community engagement.

Chase, promoted from Associate Artistic Director, will focus on production and education. Rudnick, who now splits time between Colorado and California, setting the restructuring in motion, will oversee expansion programming.

“All too often, leaders burn out simply because we’re asked to do it all,” said Rudnick. “Our hope is that this model enables Local to provide artists and audiences a dynamic experience when they participate with us, and simultaneously allow us as leaders to grow artistically.”

Rudnick launched Local with a bang in 2011, when she brought acclaimed actor John Lithgow (her uncle!) to Boulder’s Chautauqua Auditorium to perform his one-man stage memoir, “Stories by Heart.” During the pandemic, when other companies were retracting, her not-so-little group expanded its mission to include classes, collaborations and dialogue about where we are now as a larger American community.

Rudnick transitioned the company’s annual Local Lab new-play festival into an ongoing, year-round series. Since the pandemic began, the company has supported the development of a whopping 15 new theatrical works. According to Actors Equity Association, Local employed more union artists in Colorado than anyone else in 2021, including the Denver Center. We’re talking 231 actors, script adjudicators, technicians, playwrights, stage managers, directors and more.

Over the next season, Local will return to presenting fully staged plays, including GerRee Hinshaw’s one-woman look at Linda Ronstadt, titled “Raised on Ronstadt”;  and “The Lady M Project,” which reconsiders the culpability of Shakespeare’s most widely presumed female villain through the lens of playwrights Hadley Kamminga-Peck, Anne Penner and Mare Trevathan.

Kent Thompson back in Colorado

Thompson has been back in the local theater community in a big way of late. In April, he directed a group of CU Theatre and Dance student performers in a production of “They Promised Her the Moon,” the true story of aviator Jerrie Cobb, at Macky Auditorium in Boulder. Cobb was part a group of women who underwent the same rigorous astronaut training as their male counterparts but were ultimately denied entry into the space program based on their sex. And just last week, Thompson directed a benefit performance of Bill Martin’s play “El Jefe” at the 24th annual Colorado New Play Festival in Steamboat Springs.

If the world is an oyster, its name is Aisha Jackson. The alumna of the University of Northern Colorado in Greeley has been cast in a leading role in Mario Van Peebles’ new film “The Price for Freedom,” the true story of NAACP organizer Harry T. Moore and his wife, Harriette, who were murdered when a bomb exploded under their bedroom floor as they slept on Christmas night 1951.

Last Thursday, Jackson stepped up from her role as a standby in the hit Broadway musical “Paradise Square” to play leading lady Nelly O’Brien, subbing for newly crowned Tony Award winner Joaquina Kalukango. “I’m proud of myself for overcoming the thoughts of worry and doubt that try to keep me from walking in my purpose,” said Jackson, who was also the first Black actor to play the role of Anna in “Frozen” on Broadway.

And Jackson will sing alongside Tony nominee Shoshana Bean and others (as well as a 14-piece orchestra) at a “Broadway Sings Whitney Houston” concert at Sony Hall on on Aug. 8 – the day before what would have been Houston’s 59th birthday.

The Colorado Theatre Guild announced the nominees for its 16th annual Henry Awards. You can read all about them and peruse the complete list of nominees here. Winners will be announced July 25 at the Arvada Center … The Colorado Book Awards will be announced on Saturday night (June 25) …  The Denver Fringe Festival continues through Sunday (June 26) in 10 venues throughout Five Points and the RiNo Art District …

Heidi Wagner’s “The Passions Project,” a photography exhibition capturing active older adults doing whatever it is they love and living their fullest lives, will be on display at the University of Denver’s Davis Gallery (2121 E. Asbury Ave.) from Friday (June 24) through Aug. 14. It’s part of a national project that aims to generate discussion around ageism …

The Colorado Chautauqua, a National Historic Landmark that has been home to music and lectures in Boulder for 100 years, is made up of 120 mostly wood-framed structures that have become progressively more vulnerable to wildfires. Good news: It has received a $37,350 grant from History Colorado to fund the second phase of its wildfire mitigation plan…

The Clyfford Still Museum will present its first free family-friendly lawn concert of the summer with the Denver social-justice band Pink Hawks from 5:30-7:30 p.m. Friday (June 24) at 1250 Bannock St. During the concert, attendees can also explore the exhibition “Clyfford Still, Art, and the Young Mind,” co-curated by young children, for free …

Popular Denver comic Josh Blue, who finished third on NBC’s “America’s Got Talent” and continues to break down stereotypes of people with disabilities, launches his “As NOT Seen on TV Tour” June 1-2, with a newly added Saturday late show, at Comedy Works South. Tickets $28.

L. Darby Smith, a former vice chairman of the Denver Center for the Performing Arts, died June 14 in Arlington, Va. He was 95. Smith and his wife, Lorraine, co-chaired the DCPA’s education fundraiser “Saturday Night Alive” and were founding members of the Asian Performing Arts of Colorado. They also supported Denver Art Museum; Arapahoe House; American Diabetes Foundation; Arthritis Foundation, Boy and Girls Scouts of America and others.

Tue Jul 5 , 2022
The Howdy singer headlines working day two of a two-night singer-songwriter extravaganza, joined by Gabrielle, Kacey Musgraves, Mahalia, Tiana Significant9 & a lot more. Adele took to the phase as soon as once again for her next night of a spectacular headline set at American Specific provides BST Hyde Park. […] 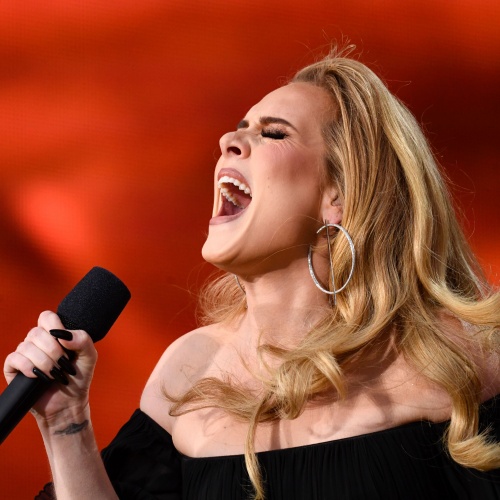