Now in its 22nd year, it’s always a highly anticipated concert at The Myrna Loy.

This year’s guitar luminaries include:

–Luca Stricagnoli of Italy, who is a guitar prodigy with a huge online following of more than 200 million views and is known for his unique, self-invented instruments like the Triple Neck Guitar;

–Thu Le of Vietnam, an international, award-winning classical guitarist who began playing at the age of 4 and is the youngest-ever student admitted to the prestigious National Conservatory of Music in Hanoi;

–Jim “Kimo” West of Canada, one of the world’s top “slack key” guitarists, has garnered a Grammy and Grammy nomination, and is best known as the longtime guitarist for “Weird Al” Yankovic; and

Now on his sixth U.S. tour with IGN, Reinhardt is known for his strong percussive playing, lightning solos and wonderful storytelling.

He will perform his original Latin Swing music, as well as songs he’s written exploring his historic Gypsy roots in India, and he has a Gypsy Meets Classic project, as well.

Each guitarist plays solos showcasing their own style, and later combines their talents on songs.

“This is what International Guitar Night makes so special. You will hear stuff you’ve never heard before.”

John Ludin of The Ellen Theatre in Bozeman says the annual IGN event never disappoints. “Four amazingly gifted guitarists on one stage make it more than a concert – this is a buffet of beautiful music.”

Tickets are $15 (open seating) at Eventbrite (under Steven Gores or Steve Kalling) www.stevengores.com and at the door.

They are joined by drummer Ed Stalling and Michael Kakuk on sax and harmonica.

Joining her are Bob Bowman on bass, Loren Stillman on saxophone, David Morgenroth on piano, playing songs from the American songbook and originals. https://montanaclub.coop/.

Zoso — The Ultimate Led Zeppelin Experience — performs the most accurate and captivating Led Zeppelin live show since the real thing at the Lewis & Clark Tap Room 7 to 10, Saturday, Feb. 19. Tickets $20 day of show. Tickets on EVENTBRITE.

If you missed Led Zeppelin live in the ‘70s or are looking to relive the “Hammer of the Gods” phenomenon, then experience what the St. Petersburg Times calls “the most exacting of the Zeppelin tribute bands in existence.”

The Emmy-winning Fab Four pays loving tribute to the Beatles in a show that has amazed audiences around the world, including Japan, Australia, France, Hong Kong, The United Kingdom, Germany, Mexico and Brazil.

For details, visit www.helenaciviccenter.com or call 447-8481.

Katy Wright stars in the one-woman show, directed by Ross Peter Nelson, tells the story of a female fighter jet pilot who is transferred to drone reconnaissance duty after giving birth and the toll it takes on her.

Helena’s philosophy nonprofit, Merlin CCC will hold two free symposia with community discussions on “The Military Experience” and “The Ethics of War & Autonomous Warfare.” Attending the play is not necessary to attend the discussions.

‘A Real Boy’ at Grandstreet

The play runs Wednesday through Saturday evenings at 7:30 p.m. with Sunday matinees at 2:30 through Sunday, Feb. 13, at Grandstreet Theatre, 325 N. Park Ave.

Face masks required. Show recommended for ages 6 and up.

Haley highlights French history in North America in the years prior to, during, and after the Lewis and Clark Expedition.

During the 1850s, Darwin’s theories on evolution had yet to be published, and the term “dinosaur” had been coined just the decade before. A new generation of observers began to revolutionize the scientific community. On a trip to the Missouri Breaks in 1855, Ferdinand Hayden discovered the first identified dinosaur fossils in the Western Hemisphere.

Explore the struggles and contributions of Montana’s African American soldiers with retired MHS historian Ellen Baumler. She traces the history of Black Montanans who served at Montana’s forts, fought with Teddy Roosevelt at San Juan Hill, served as the first rangers in our National Parks, helped fight the Great Fire of 1910 and served in both world wars with honor.

She is a founding member of the Upper Missouri Artists Gallery of Original Art. Landscapes, still lifes, flowers, birds and small animals are her favorite subjects.

Grab a Neighborhood Art Map at The Myrna Loy, B&B Market, Rodney St. Laundry, or Grateful Bread. It leads you to 23 spots on Rodney Street to view new art installations and projects to come.

The Myrna Loy offers free hot apple cider, cookies and an up-close look at art by Kelly Rathbone Rebo and Debbie Boyle, whose pieces are installed on the Livery Building across from The Myrna Loy.

Artists will be making ice sculptures all day in the B&B Market parking lot. And Grateful Bread is selling soup and goodies until 3 p.m.

For full list of events, dates and times, visit https://downtownhelena.com/events/.

Hikaru Utada: 'Music making has been a really private thing for me' - Music News 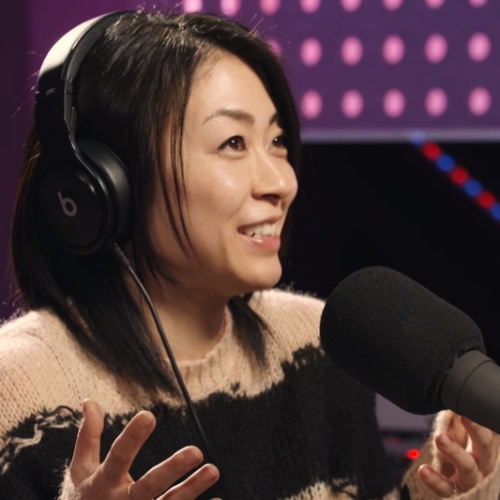