— Comedian and talk show host Jimmy Fallon is branching out into the music industry this holiday season. ‘The Tonight Show Host’ teamed up with pop-star Ariana Grande and rapper Megan Thee Stallion for a holiday single. They released “It Was A Masked Christmas” at midnight. Fallon says he put together the idea for this funny jingle over the course of two months and was so happy when Ariana and Megan agreed to take part.

— Former “Empire” star Jussie Smollett is denying he staged a hate crime against himself in 2019. The 39-year-old appeared in court in Chicago yesterday, alleging he was attacked by two suspects who made homophobic and racist comments. He told the jury the attack was “no hoax.” Smollett was written off “Empire” after the incident, telling the jury he lost his livelihood.

— Former Bachelorette Tayshia Adams is opening up about her split from fiancé Zac Clark. She talked about the break-up during the Bachelorette: Men Tell All for Michelle Young’s season. Tayshia said she still loves Zac very much and is not sure what the future holds. During last night’s episode co-host Kaitlyn Bristowe pointed out Tayshia was no longer wearing her engagement ring, prompting the emotional conversation that brought her to tears.

— Comedian Pete Davidson and musician Machine Gun Kelly are giving fans something to talk about. The long-time friends took to Instagram Live on Monday and took off their pants. The stunt seemed to be a collaboration with Calvin Klein. The two were having a lot of fun while posing on a white couch. At one point, MGK poured a bowl of popcorn on Pete Davidson.

— Sylvester Stallone is set to star in a new series by Paramount Plus. According to Variety, the series is set in the present day and Stallone will play a New York City mobster, who will have to resettle his mafia family in Kansas City, Missouri. The drama “Kansas City” will be written and produced by Taylor Sheridan and Terence Winter. This is the first time in Stallone’s career that he’ll star in a television show.

Wed Dec 8 , 2021
Jon Pareles | Jon Caramanica | Lindsay Zoladz Jon Pareles’s Top 25 Many of the best songs of 2021 are on the best albums of 2021, listed here. But of course there are many more: peaks of other albums, onetime collaborations, singles, random streams. Here are 25 memorable songs, arranged […] 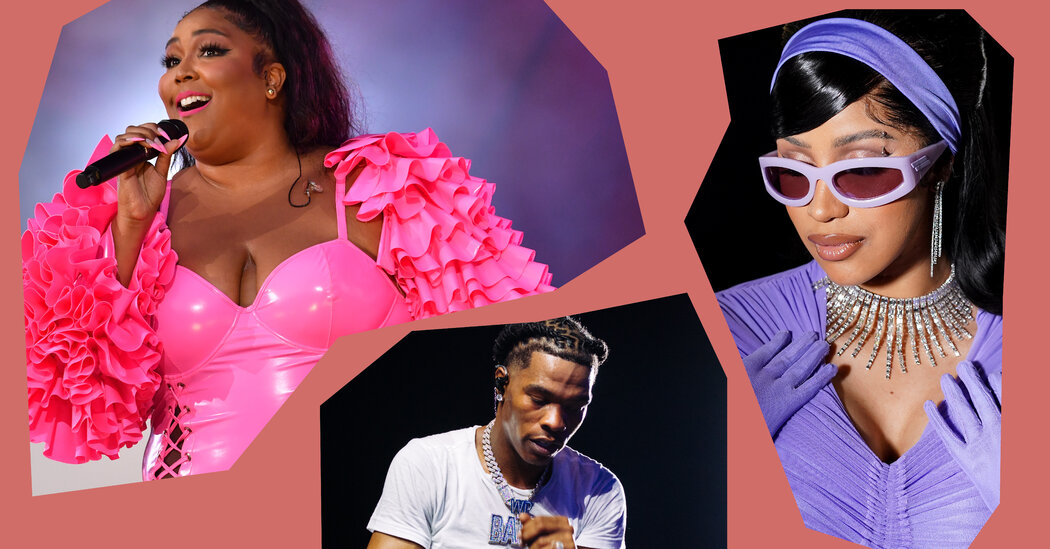